The latest Little First: feedback from my agent

For every newbie author, there are firsts on the road to publication.

There are the Big Firsts, like landing your first book deal and seeing your published book on a store shelf for the first time.

But there are also lots of Little Firsts, firsts we each need to experience before hitting the big ones. Like sharing a chapter with a critique group for the first time. Or finishing a first draft. Completing a first revision. Sending out the first query. Receiving the first offer of representation from a literary agent.

Because writing and publishing a book can be such a long, lonely process, those Little Firsts often feel as triumphant as the big ones. We need the Little Firsts to keep us going, to remind us that the book will, at some point, finally be finished, and that all the work we’re doing is worth it. 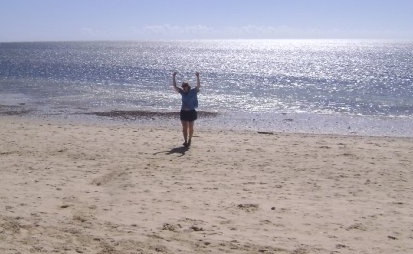 So here’s the Little First I’ve anticipated for the last two months: the first feedback from my agent about my full manuscript. Rachelle gave me some helpful advice (a gentle version of “scrap the second chapter, write a new one”) when she offered representation back in May (Check out: What I learned from the query process). But I wanted to go through one more revision before she put the effort into editing it. So she hadn’t read the full manuscript — until now.

Luckily, right after I handed over the manuscript in October, I moved to Washington, D.C. I started a new job, and became overwhelmed with trying to keep up with my social media business, my blog, finding an apartment… and nearly forgot Rachelle had my manuscript. Which kept me from holding my breath during those six weeks or so.

By this time, a good number of people had read my manuscript, or at least parts of it. I’d worked with several critique partners throughout the writing process, and gotten feedback from a handful of beta readers. Most of those readers liked the book. But what what really mattered, at least at this point in the process, was what my agent thought, since she’s the one who will sell it. Unlike most of my generous critiquers, my agent reads manuscripts all the time, and she knows a good one when she sees it. Which means she also knows a bad one when she sees it. Which led me to wonder: On which side of the fence would my work fall?

That’s why I was so happy to read this tweet from Rachelle, to learn she was enjoying my book. When she told me that yes, indeed, my manuscript was the one she didn’t want to put down, I closed the door to my office and jumped around. (True, I swear.) She liked it! She liked it! I felt both relief and a rush of excitement.

A day later, Rachelle e-mailed me her editorial notes. It wasn’t a line-edit of the manuscript, but a bullet-point list of what she liked and what needs improvement, as well as suggestions for how to make those improvements. We talked on the phone for more than an hour, going over ideas about how to polish the manuscript. And that’s when I finally understood why it’s so important for a writer to click with her agent: Because Rachelle really understands where I’m going with this story. She sees the big picture. And rather than simply suggesting what I need to fix, she suggested how to fix it. Which is exactly what I need right now. Her ideas for improvement made complete sense to me.

The problem, now, is finding the time to make those edits. The changes are mostly minor, like giving certain characters more depth and tweaking the story structure. If I were still writing full time, I’d expect this revision to take me two or three weeks. But I’m now working full time as a journalist and part time as a social media coach (and starting to wonder whether that’s a good idea), and I’ve been having a wicked hard time finding even minutes to write.

In my next blog post, I’ll explain my strategy for tackling the revision.

What Little Firsts have you encountered with your most recent project? How’d you feel when you accomplished them?

16 Replies to “The latest Little First: feedback from my agent”

One way to organize your next revision