What Gives You More Freedom: Renting or Owning?

I tend to think owning a home in your twenties or early thirties is over-rated. 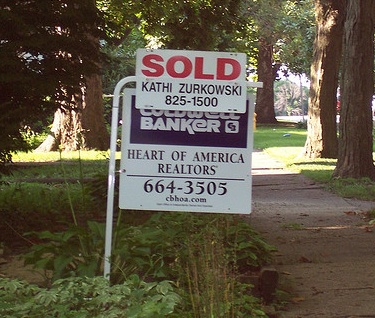 Because more often than not, I see friends buying houses because they think it’s what they’re supposed to do. Maybe they’ve crossed other life milestones, like landing a great job or getting married, and owning a home seems like the next rung on the ladder. Or maybe it’s appealing simply because everyone else is doing it.

Here’s why it’s over-rated: a house ties you down. Which can be great if you really want that. But what if a fabulous opportunity comes your way, one that requires you to move? Owning a house — and likewise, owning a lot of stuff — can deter you from taking that opportunity. A house and stuff weighs you down. Maybe in a good way, like an anchor. Or maybe in a not-so-good way, making it feel impossible to move, becoming one more barrier between you and living that dream. A barrier, by the way, that we often forget is a choice.

That’s why I rent an apartment for now, to keep those doors of opportunity open. But lately I’ve noticed that even renting feels constraining. For one, I’m in a lease that would be expensive to break. I’m allowed to sublet — so long as I don’t call it that — and though working through that process with management would be a hassle, it’d also be worth it if an opportunity doesn’t match up with the timing of my lease (which is likely).

Renting also makes me subject to all sorts of sometimes-arbitrary rules and worse, paperwork (which I abhor). For instance, my building allows dogs to live here, but my dog can’t visit unless I’m willing to pay a $430 fee, which I found out when Cooper came to visit for two weeks. It doesn’t take much for me to feel trapped and claustrophobic, and feeling like I can’t live my life on my own terms kicks my flee instinct into high gear.

I’ve never had much patience for bureaucracy or red tape or doing things a certain way just because it’s how they’ve always been done, and long-term travel amplified that. You’d think I would’ve become more patient after backpacking in Africa because it’s the queen of doing-things-the-way-they’ve-always-been-done-even-if-that-doesn’t-make-sense, but the experience itself seems to have trumped that. I thrived while living and traveling on my own terms, and later, working for myself and being productive within my own framework. Even nine months after moving to Washington, D.C., it’s still difficult for me sometimes to live by other people’s rules — which, of course, you have to do when you work for a company and rent an apartment.

This, I know, is one of my weaknesses, and I need to either get over it or create a different kind of life for myself. But even when you work for yourself and live in a yurt, sometimes you have to navigate bureaucracy and deal with people who rub you the wrong way to make it in this world. The best I can do is continue to make life choices that help me avoid those obstacles.

And so I ask you, which gives you more freedom: renting or owning?

Update: Because of this blog post, Nightly Business Report featured me in a clip about renting vs. owning.

39 Replies to “What Gives You More Freedom: Renting or Owning?”