How Long Does it Take to Create Your Art?

Here’s what always strikes me at artist’s colonies: You can get to know a person over a period of weeks, eating meals together and becoming friends, and still not know the whole story behind their work.

You can grow close to a novelist without realizing he’s published 20 books and enjoy a painter’s company without knowing you’ll gasp when you finally see her work. You recognize that the people you’re eating dinner with are brilliant, but in the dining hall they just seem like, well, regular people.

And then you visit their studio or listen as they read one of their poems, and the brilliance is out in the open.

That’s what happened when I stopped by the studio of artist Joana Ricou during one of my last days at VCCA. The New Yorker had described her work as based on biology, so I certainly did not expect to see this: 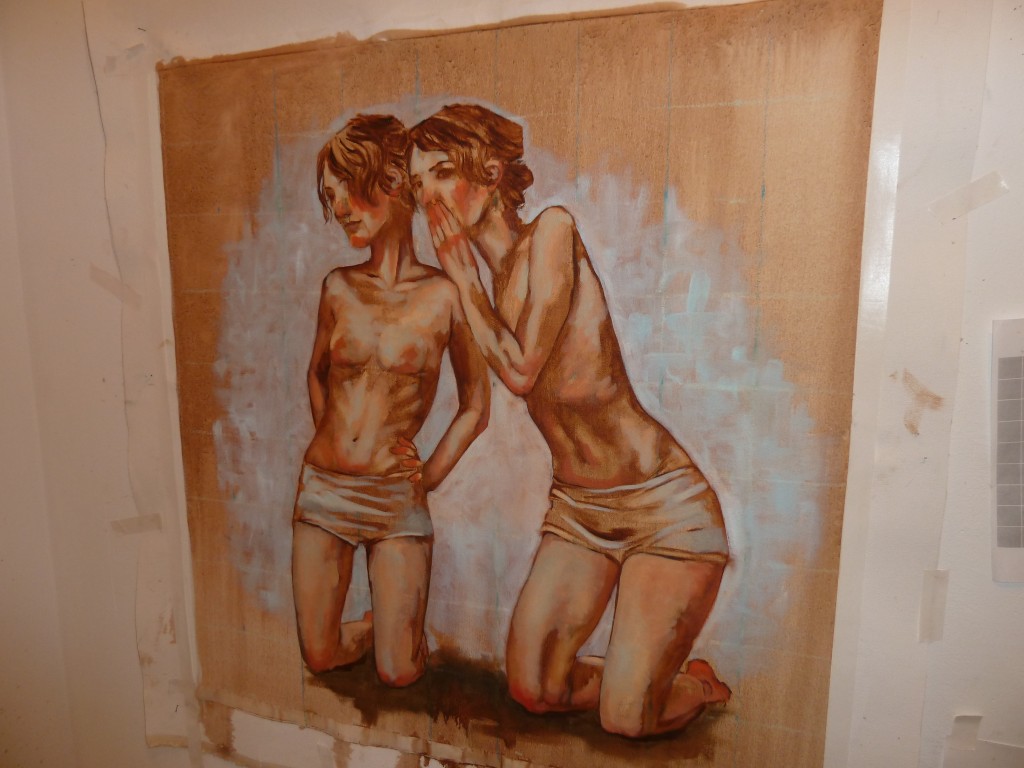 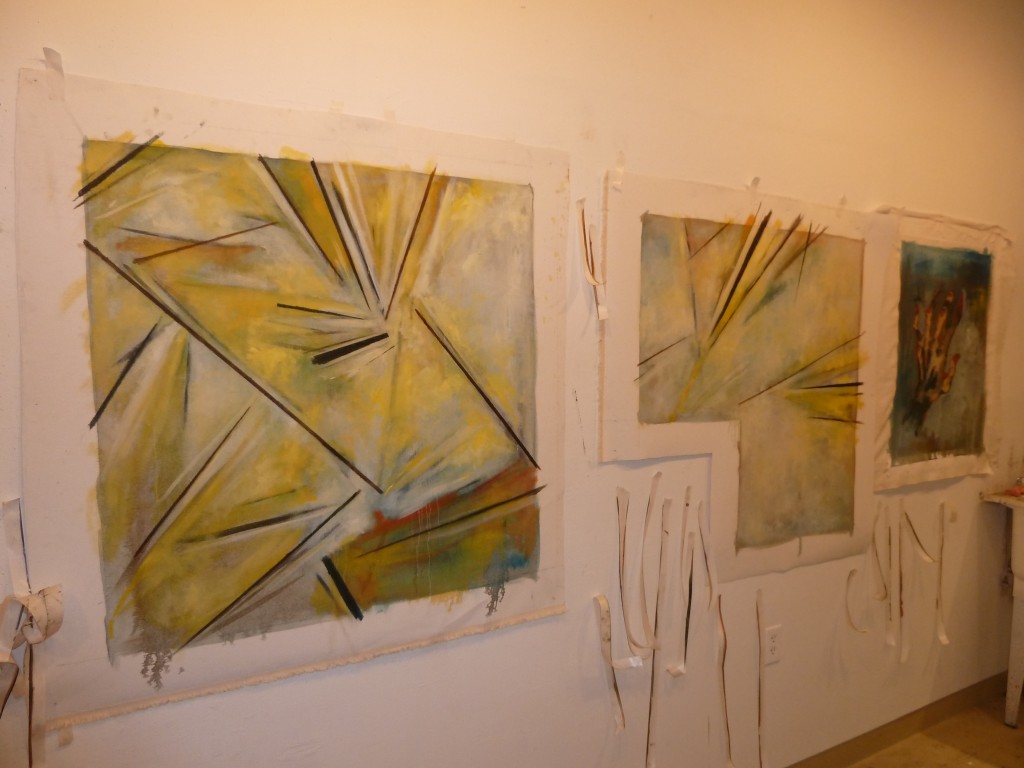 Amazing, aren’t they? (Yes, she sells her work on her website. She also blogs about her art in progress,)

I bombarded Joana with questions about her process, materials and mindset. And then I asked her, pointing to the painting of the two girls, “How long did it take you to make that?”

“Three hours,” she said in her lovely Portuguese accent.

“Well, three hours for that painting, but I did four others before it that I didn’t like.” Joana showed me another painting that was just as impressive as the first, one that apparently hadn’t turned out exactly as she’d hoped. “It depends on how you look at it. Three hours, four paintings… or 10 years,” she said, referring to how long she’d been painting.

Of course, I thought. How had I overlooked that? It’d taken her three hours to create this piece of art, but she’d trained for those three hours for a decade.

It’s the same for writers, for leaders, for anyone who takes that Leap I’m always talking about. It might take a year to write a fabulous book, but you’ve been training to create that book ever since you first picked up a No. 2 pencil. It took me a year and a half to get my business where it is now, but I wouldn’t have gotten here without the years of seemingly unrelated work experience beforehand that made me the communicator I am today.

That means even if you feel like you’re starting from scratch as you work toward your goal, you’re actually not. You actually have years of experience doing something that has gotten you where you are now. And that something will help you in one way or another as you move forward.

Whatever you’re creating or working toward, you’ve probably been working on it a lot longer than you give yourself credit for.

4 Replies to “How Long Does it Take to Create Your Art?”

Rather than a Writer's Roundup, YOUR links

A Look Inside Artist's Residency VCCA