On Pushing Yourself Outside Your Comfort Zone

On my first morning in Nicaragua, I procrastinated, staying in my hostel far longer than I needed to.

That was easy to do, since it was a treehouse hostel (in the jungle outside Granada), set apart from civilization. But I wasnt really listening for howler monkeys. I was nervous about striking out in a country where I didn’t speak the language — on my own. 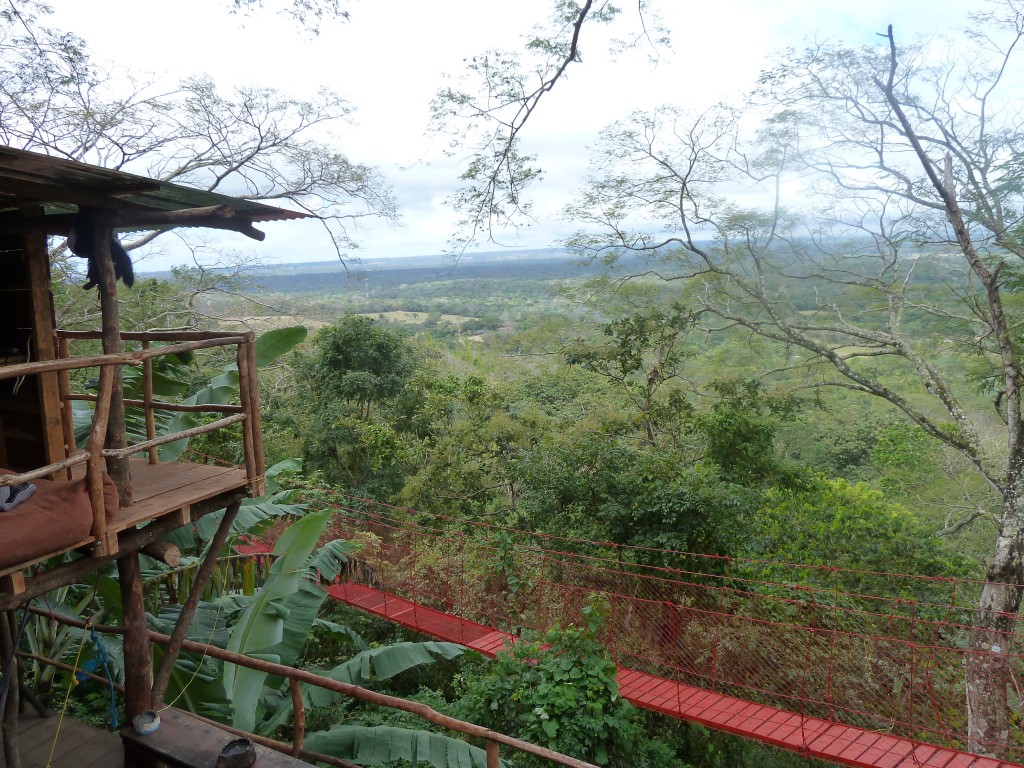 What?! you say. Didn’t you travel alone in Africa?

Secretly, I was hoping another traveler or two from the treehouse would go into town, and I could tag along. But most of the backpackers at this place had been traveling for months going on a year, and they were using the place as a sort of getaway, where they could relax and hang out with other gringos. I was just starting my trip — I wanted to get out there and see the country!

So I climbed down the mountain and hiked to the road, where I caught a passing bus to the nearest city, Granada. That was all I needed to find my groove, to realize that yes, I can communicate with bits of the language and smiles and hand gestures, and yes, I can figure out how to get back to my hostel on my own, and yes, I can travel independently in Central America.

Now, nearly a week later, it’s hard to believe that first step scared me. The people here are so friendly, so eager to help a stranger, that getting from place to place is hardly intimidating. Today at the bank, when the teller told me I needed my passport to change money and I said it was back at the hotel, the security guard vouched for me, offering his license so I could change dollars into cordobas ($1=22 cordobas or so). This is the country I was scared of?

But it’s natural to be scared of the unknown. When you don’t know what’s ahead, it’s easy to retreat, to step away rather than move forward. But look what happens when you move toward what scares you! You might very well discover something fabulously awesome.

Nicaragua, by the way, is fabulously awesome. Who couldn’t love a place where rice ‘n beans is served for breakfast?!

When was the last time you did something that scared you?

11 Replies to “On Pushing Yourself Outside Your Comfort Zone”

Hiking a Volcano in Nicaragua (Photo)