What It Takes to Succeed at Your Passion Project

Last week I took the train to Baltimore to see a screening of a documentary about hiking the Appalachian Trail, Beauty Beneath the Dirt.

The film was great. But what really caught my attention was the woman behind the film, and what she’s doing to make sure the project succeeds. 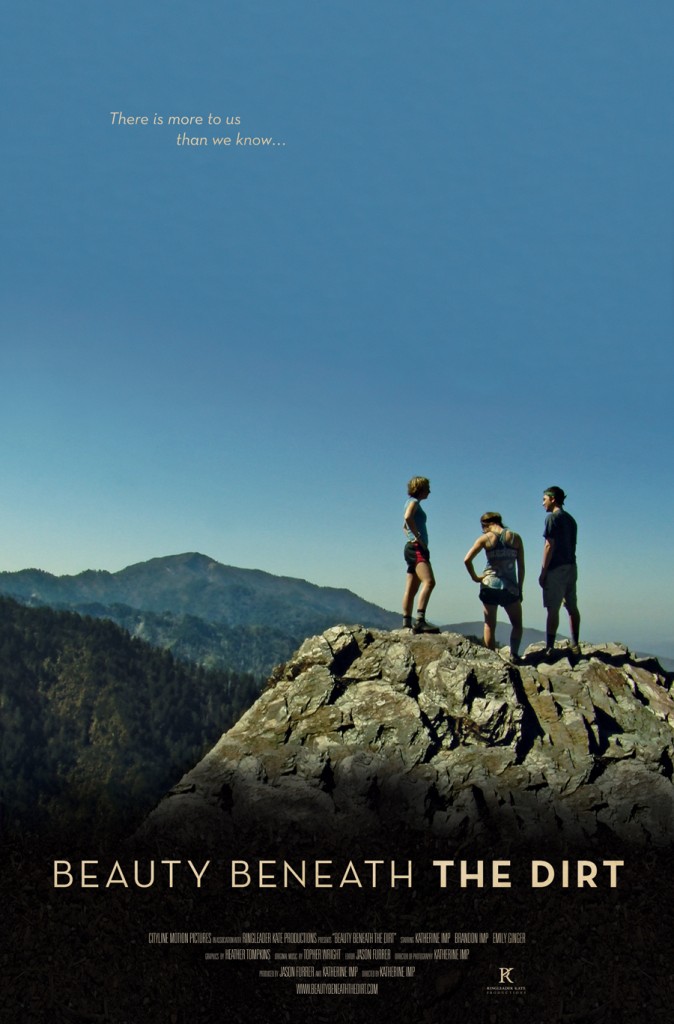 Katherine Imp, also known as Ringleader Kate, had little experience filming and no experience launching this type of project when she set out to hike the AT, which runs more than 2,100 miles from Georgia to Maine. How the heck did she and her team get to the point where they’re now screening the documentary in cities up the East Coast over the next month? (Scroll down this page to look for a screening near you. Or watch the trailer.)

She learned along the way.

That’s right. Her co-producer joined her three-person hiking team for the first two weeks of the trip, so she and her two hiking mates could learn to use the camera. She worked with that same producer after returning from the trip to sort through 80 hours of footage. She worked with a graphic designer to come up with an awesome logo and hired a music guy to create a soundtrack for the film, all while working as a lawyer in Chicago.

If I haven’t made this clear before, let me tell you again: learning along the way (also known as jumping into the deep end) is the BEST way to launch both a passion project and a new career, whether that job involves film or coding or sales. (Like this idea? Tweet it!) You’ll never learn if you don’t get started.

But Kate’s plunge isn’t even the best part. What most inspired me about Kate’s story is what she’s doing NOW: working her a$$ off to find a distributor for the film.

When she set out to do this, she told me, she had coffee with anyone and everyone she could find who had any knowledge of the film industry. And they all told her one thing: that the path to success was submitting to film festivals.

But do you have ANY idea how difficult it is to get accepted into a film festival? I don’t. I’ve heard it’s difficult, though. I imagine it falls into the same camp of having a major publisher buy your manuscript.

So Kate and her team submitted to film festivals. But here’s the key: she didn’t stop there. She knew that just because most people take one track toward film success didn’t mean it was the ONLY track. She knew there had to be another way. She knew she needed to think outside the box about how to get where she wants to be. 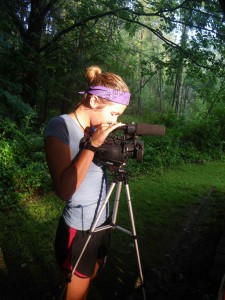 So she and her brother are showing the film at screenings up the East Coast and talking to anyone who will give them a chance. Kate knows this is a numbers game, that if she talks to enough people, she will eventually meet someone who will offer an “in,” someone who will help her team make the connection they need to sell the movie.

In other words, Kate is making her own luck.

If you haven’t noticed, I get crazy excited when I meet people who make their own luck. Because even though luck is attainable, most people wait for it to come to them, rather than going after it. It’s refreshing, inspiring and motivating to see someone go after it with everything she’s got.

Oh, and there’s another #MYOL piece to this: how Kate and I connected. I emailed her on a whim more than two years ago when I was living at home, finishing my manuscript and thinking about hiking the trail. We realized we had GOING AFTER OUR DREAMS in common, and we kept in touch. That screening in Baltimore was the first time I met my until-then-online-friend Kate in person.

So THAT’S the kind of dedication it takes to succeed at your passion project, and maybe even to turn it into a career. It takes diving in, learning as you go, and making your own luck — even if you’re already working a day job.

Why It's Worth Spending All That Time On Your Blog