Guess what begins again February 4th? My Twitter networking course, Become a Twitter Power User. Join us if you want to get MORE out of Twitter!

In fact, I thought it was so well-known that I hesitated before writing a post about it for Steve Buttry’s blog. Would readers find it far too elementary? Would they think I was boring? Be annoyed that I was telling them something they already knew?

Then the post went live, and readers emailed and tweeted at me saying “thanks.” So I included the tip in my Twitter Power course — and whenever that lesson comes around, participants get excited over the tip there, too. Again and again, I hear, “I didn’t know that!” 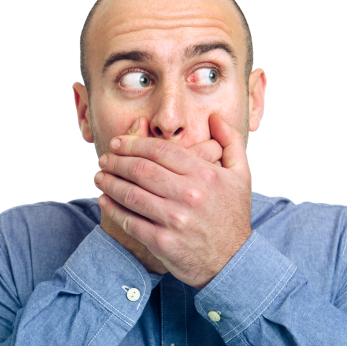 So I’m finally going to share the tip here. What the heck am I talking about?

Adding a period before an @mention.

Not all the time, just sometimes. Here’s my explanation from Buttry’s blog:

Here's what trips tweeps up: when you send an @reply, the only people who will see that tweet in their home feed are you (the person who wrote it) and the recipient, plus anyone who follows both of you. That means if I send out a tweet like this…

… the only people who will see it in their feed are me, @newfriend and our mutual followers.

That's fine, unless you write a tweet that starts with an @reply that you want more people to see, like this:

@newfriend has such a great blog post today on astronomy: http://bit.ly/sample

Even though it will only appear in the home feed of a select few, that doesn't mean the @reply isn't public. If you go to anyone's Twitter stream, you can see the @replies they sent. Those @replies just won't show up in your home feed unless you're the person they wrote to or you follow both the sender and the recipient.

This makes sense if you think about it. Twitter is trying to cut down on the noise in your feed, and they assume you're only interested in someone else's @reply if you are that person they're replying to or know both parties.

But can you see how this would lead to mistakes?

Sometimes a user will send out a tweet they want everyone to see, but begin it with an @reply. That means most of their network doesn't see it, which devalues the tweet.

.@newfriend has such a great blog post today on astronomy: http://bit.ly/sample

And boom! The tweet now goes to all your followers.

And if you didn’t know this tip, consider signing up for Become a Twitter Power User! After five weeks of tips like this one, you’ll really understand how to use Twitter to your advantage.

16 Replies to “You’re Probably Doing This Wrong on Twitter”

Why Women Should Create a Flexible Career Before Having Kids