On Remembering How to Travel (South Africa)

I forgot a pair of flimsy flip-flops, the kind you wear as protection in a hostel’s grotty communal showers.

I forgot a messenger bag to carry during my walks around the city, toting instead my backpack, which makes a traveler’s belongings within a thief’s reach.

I forgot to bring cash, thinking I’d use my debit card to pull local currency from an ATM, forgetting how often the bank cuts off my money supply when my location is “suspicious.”

And I forgot a basic notebook — I rarely one at home — so I’m writing this post on a few loose sheets of paper I nabbed from the hostel receptionist.

I’m clearly out of travel practice. Not the kind of travel where you arrive at the welcoming home of a family member or stay at a comfy hotel that gives you towels and soaps, but the backpacking kind that requires a totally different set of tools and confidence.

But these items are all things that make life easier as a backpacker, and travel is not about things but experiences. And while it was awkward to jump back into life as a solo explorer, it took me only a day, maybe two, to remember that glorious feeling of discovering without a schedule, of living without a heavy to-do list, the feeling of being free. 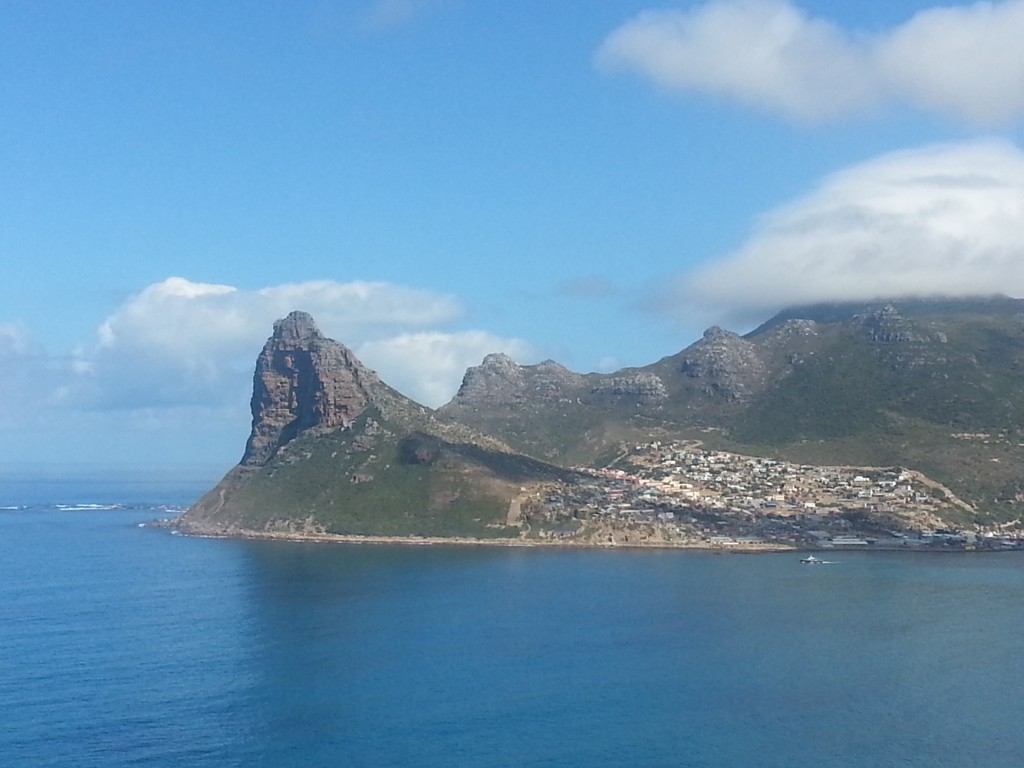 It’s my second visit to South Africa, so I knew what to expect, yet there’s still so much to see. Cape Town feels European, bucking the African stereotype with its modernity. Yet it’s also distinctly African, and having spent far more time in lesser developed countries on this continent, I see touches of the “real” Africa everywhere: in the way (some) men on the street eye me and comment on my appearance; in the consonant-heavy languages drivers speak to one another; in the loud music that vibes from cars that are far past their prime. Most tourists here and even South Africans haven’t visited other parts of the continent, and I wonder whether they notice those nuances, too.

There are, it seems, at least two sides to Cape Town: the side with the beaches and boat tours and cameras slung over shoulders and pain au chocolate. The breathtakingly beautiful side. And you could easily spend weeks and even months here and think that’s all there is.

But then there are the townships, which I visited — ironically — via a tour. It seemed like the only sensible way to see them safely, since I don’t know any families who live there. I’d worried that touring the shantytowns was insensitive, nearly passed on the opportunity for that reason, but the visit was well-done, felt almost non-intrusive, and served as a form of income for people who live there. Our guide was knowledgeable (if he had a website, I’d link to it here), giving us a one-day education on the country’s history of apartheid, the forced removals of blacks from their homes to create white-only neighborhoods, and the subsequent sprawl of shacks that surrounds the otherwise impressive coastal city.

These are not small areas; tens and even hundreds of thousands of people live in Cape Town’s townships. While the sections of shacks are the most striking — where residents get their water from shared taps on the street and use outdoor toilets — there are also plenty of more substantial houses built by the government or private owners, and lots more under construction; there’s a long waiting list of people who want government-built (and funded) housing, our guide explained.

While it seems almost wrong to compare one poverty to another, I couldn’t help but think about how these neighborhoods compared to what I’ve seen in other parts of Africa. That’s the inescapable reality of the traveler: we often compare one town to the next, this mountain to the last, tonight’s meal to yesterday’s. And the townships in South Africa did not come close to emitting the same desperation as places I’ve visited in West Africa. The stray dogs didn’t show as many ribs. The streets lacked the trickle of liquid waste that reek in many West African towns. The children didn’t show signs of Kwashiorkor, a protein deficiency. And yet, poverty is poverty.

What absolutely fascinates me — and is, at the same time, horrifying and perplexing — is the role race played and continues to play in these living conditions. We visited black townships, and then coloured (yes, they actually call them that — means mixed race) townships, and I asked — out loud, because I learned as a journalist there truly are no stupid questions — whether there were any poor white people. (The answer: very few, and they live elsewhere.)

My guide for a different tour the following day, a scenic tour that had nothing to do with culture, described neighborhoods we passed in the same way, by the race of the people who live there. And I simply could not imagine that ever happening in America, at least in the places I’ve lived. Most of my generation — I’m 32, barely a Gen Yer — simply doesn’t classify or even think by race. I don’t even know how we’d begin to do that, since so many people are a mix in one way or another.

This is the type of traveling I adore, the kind that involves not only adventure and doing, but also learning and thinking and growing, and even having time to simply sit still.

Every time I prepare for a trip these days, I wish I hadn’t arranged it — because it’s never a good time to be away when you run your own business, even if you bring your laptop, and there’s always so much to accomplish before I go. During those first few days, it’s hard to shake the feeling that I should be checking my phone or answering emails, even when I’ve set aside evenings to work.

But then that feeling of freedom shimmies in. I meet new friends and hear about their adventures, push myself to do things I’ve never done before, and fill my brain with ideas I wouldn’t have discovered sitting behind my desk.

Soon I remember why I’ve come, and even before the trip’s over, I’m already daydreaming about my next destination.

11 Replies to “On Remembering How to Travel (South Africa)”