Progress Report: How The Write Life is Faring After 4 Months

One of the ways my team measures our results for clients is by offering an end-of-month metrics report. What it details depends on exactly what we do for the client, but it could include Twitter growth and engagement stats, blog growth stats, newsletter open rates and more.

Because we are treating The Write Life like a client, I sat down last week to draft a metrics report to share with the team. 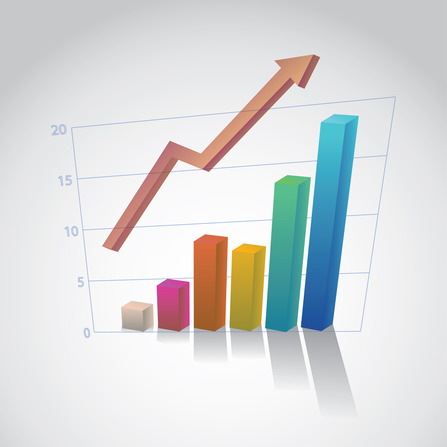 We all love growth.

What I found blew me away. I knew The Write Life was doing well because, let’s face it, I love stats and follow them like a hawk. But I didn’t realize just HOW well it was doing until I added all the metrics to our growth chart.

Then I dug deeper into the numbers looking for WHYs, so we can replicate that success and ditch any efforts that aren’t working. After I emailed that report to our team, I realized that if I was fascinated with all the WHYs behind how to launch a website from scratch, you all might be able to learn something here, too.

So here’s a quick check-in on progress with The Write Life, a website for writers we launched on July 1.

Unique visitors: In the month of October, our fourth month in existence, we saw 30,000 unique visitors. That’s far more uniques than we’ve seen in previous months, and I think it represents a turning point for the site. Super exciting!

The lesson: Unless you have a huge lucky break, you’ll never see immediate results from a website or blog. In our case, it took 3+ months to gain traction.

Traffic sources: We saw huge increases in traffic from search, referrals and social in October, as well as direct traffic. (See this post on how we’re using SEO to get search traffic.) All the effort we’re putting into Facebook, Twitter and Pinterest is paying off, as those social channels are our top referrers.

One thing to note here is that we put money into Facebook ads in October. That boosted traffic slightly, but since we can see exactly how much traffic we got from that ad spend, we know it does not account for most of this social boost.

Social: Speaking of traffic from social channels, our community on Facebook (3,170 fans at end of Oct.), Twitter (1,670 followers) and Pinterest (180 followers) is growing at a rapid clip.

Here’s an interesting takeaway for social: We’ve put around $2,000 of paid ads into Facebook over the last four months and only about $150 in ads into Twitter (and aside from that put equal effort into the two channels). Yet Twitter sends us about the same amount of traffic as Facebook. In other words, our organic efforts on Twitter are going farther.

Our ads, however, are performing better on Facebook. We didn’t see much return from the few Twitter ads we ran, yet we’ve seen big returns in terms of page likes and community growth for our Facebook ads.

Popular posts: During the last four months (not just October), our most popular posts have included:

While our primary focus is quality content, we’re also focused on frequency; we’re still posting at a clip of three or four posts each week, with plans to increase that in the future. Some of our posts are written by our Launch Team, some by the Socialexis team, and many by guest contributors. (Here are our guidelines if you’d like to submit.)

Newsletter: We hit the 2,000 subscriber mark in October. That’s awesome, but it also has a downside: we’ve grown out of MailChimp’s free version.

We now have to pay $30/month for the service, and that fee will increase as our subscriber base grows. Even seemingly small fees like this are difficult to swallow when they’re recurring and you’re not yet making much money — but more on that below.

Our newsletter open rate has slowly decreased as we’ve added subscribers, which is normal for a new email list. It now falls between 35-42% for our weekly email. (Sign up here if you’re not on the list yet.)

Making money: We all know this is the biggie. I launched this site because I wanted to provide a quality resource for writers, but a big part of this experiment is whether I can actually monetize it. It’s one thing to grow a community around a website — and even that alone is not easy — and another to make money from it.

We are making some money from affiliate advertising, when readers purchase resources we review. But those funds aren’t even coming close to covering the costs of creating content and growing our community. Right now, this project is a money-suck rather than a money-maker.

Every few days, I hear a little voice in my head that says, “Monetize now!” As our costs increase (this post details the costs of launching the site), it becomes more difficult to ignore that voice. But I know in my heart that it’s not time to monetize yet. We’re already working on several offerings for next year that will help us cover costs, and I believe that sticking to a long-term vision is the only way to succeed with this type of project. In other words, we’re spending money now to make money later.

Overall results: Overall, I am thrilled by how this new site is performing, and I see huge potential for the future. The key now is PERSISTENCE. We need to stick with the course and see this project through.

Lots of exciting things to come in the next few months!

What questions do you have about growing and monetizing your own website or blog?

10 Replies to “Progress Report: How The Write Life is Faring After 4 Months”

The Practice of Letting Go