The summer before my senior year in high school, the field hockey coach asked me to join the team.

They were short on players, and she knew I was athletic and wasn’t already tied to a fall sport.

I didn’t know the rules of field hockey. I didn’t even know how to use the stick. I wasn’t friends with most of the girls on the team.

But all of those details seemed surmountable. What scared me most about trying out for the team was the running requirement. Coach said if I wanted to make the team, I had to be able to run three miles.

I grew up playing sports — basketball, volleyball and the one I stuck with, fast-pitch softball. I was a pitcher, which required almost zero running, especially once a designated hitter took my place in the batting lineup. I could throw a decent fastball, but my teammates often made fun of me (some in a loving way, some not so much) for being the slowest person on the team.

But with this three-mile requirement for field hockey, I spent the summer before my senior year learning to run.

Even If You Run Slowly, It’s Still Running

At first I couldn’t go very far. But I kept at it day after day, and eventually I was able to run around my neighborhood without stopping. After that, I added loops around nearby neighborhoods as well.

I was terribly slow, but I didn’t let that didn’t bother me. In fact, as I pushed myself to go farther each day, I leaned into being slow. I told myself it didn’t matter how slow I ran, so long as I kept running.

During those first few months, I often felt like I couldn’t go any farther, and my body begged me to walk the rest of the way. But instead of allowing myself to walk, I jogged slower. I never beat myself up for running slow. Instead, I told myself I could go as slow as I needed to finish the run.

This approach wasn’t a proven training program or advocated by any running expert… but it worked. By the time school started in the fall, I could run three miles, and I made it onto the field hockey team. This in itself was a lesson in humility — I was used to being good at sports, and now I was a senior playing a completely new sport. The other players had to teach me the rules.

At the beginning of practice every day, we ran three miles around the track or athletic fields. I was one of the slowest runners on the team, but I stuck to my rule: even if I had to go super slow, I didn’t stop running until I hit the finish line.

Over the next few months, I started getting faster. I wasn’t aiming for speed, but the simple act of running every day, consistently, resulted in me moving faster.

I certainly wasn’t one of the best players that season, but I contributed, and even scored a goal. I was proud I stuck with it.

And then softball season came around… and something invigorating happened.

To toughen us up one day at the beginning of the season, the coach had us do a three-mile run as a warm up.

I started out with the group, and then pulled ahead, just by running the pace I’d gotten used to. And I kept that pace for the duration of the run. Our fastest sprinters couldn’t keep up with my long-distance pace.

I finished that run well ahead of every other person on my team. Somehow, the girl who was known for being the slowest had become, at least for one day, the fastest.

Even better, over the rest of that year, I developed a respect — maybe even a love — for running that has stuck with me to this day.

I’ve been reminding myself of that period of my life recently, as I try to get back in shape. Having babies and then taking care of two young boys while continuing to work full time (read: not getting much sleep) has taken its toll on my body over the last three years.

Everyone always says, take care of yourself first, but as any parent will tell you, that’s easier said than done. Yet we are here now, in a place where my husband and I are both exercising regularly, a glimpse of our life before kids. I have a long way to go to get back to my pre-kid fitness level, but I am starting to see progress and that keeps me going.

There is a lovely lake near our house, and I walk around it regularly. I started turning those walks into walk-runs, alternating between walking and running. And a couple of months ago, I managed to run around the entire lake. 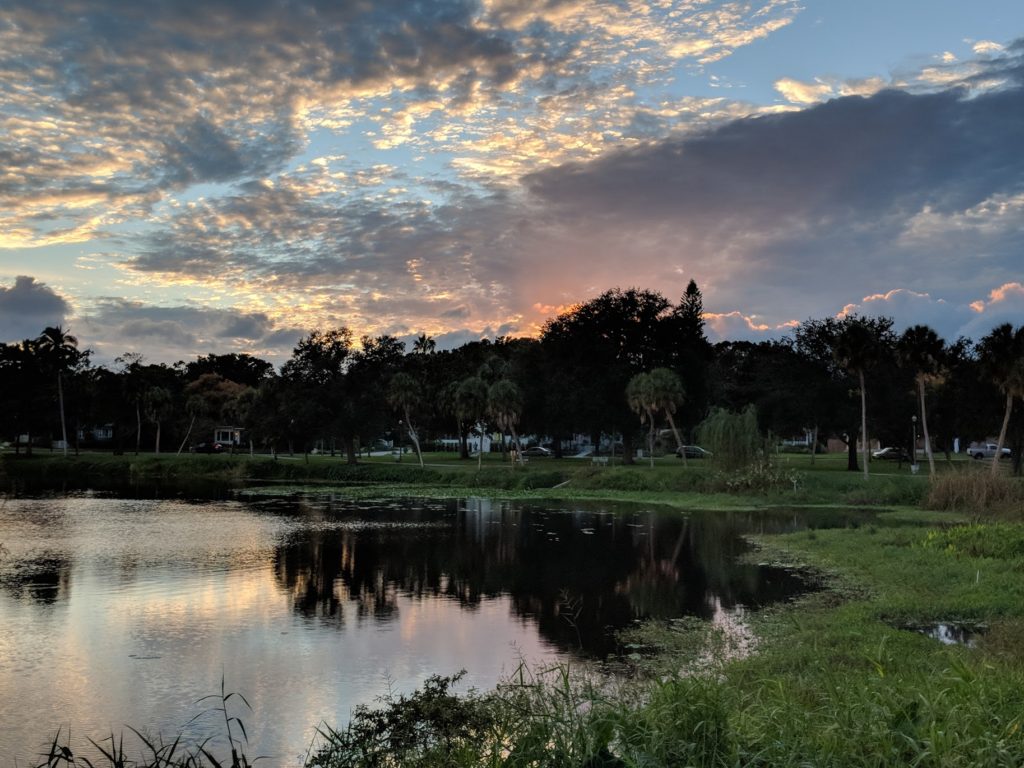 It’s only two miles, but being able to run around it without stopping felt like a huge step forward. Now I’m at the place where I can apply the same mentality as when I trained for field hockey: Run as slow as I need to, so long as I don’t stop until I get home.

I’ve made it a handful of times now, and just this morning I upped the distance to 2.5 miles. Again, allowing myself to go as slow as I need to keep putting one foot in front of the other.

It’s hard to be bad at something when you used to do it well. It’s hard to start with two miles when your normal used to be 10.

But so much has changed over the last few years. It’s time to let go of my old definition of success and focus on what I can do now. Running slowly around the lake without stopping is a win. Especially if I do it every two or three days, week after week after week.

Just like when I was back in high school, it’s not the speed, but the consistency that matters.

Habit expert James Clear writes about this in his new book, Atomic Habits — how the accumulation of little things over time results in big accomplishments. The mistake too many of us make is getting hung up on not being able to go BIG or do what we used to or what we’d like to right from the get-to… and that keeps us from doing it at all.

The truth is, those little steps forward DO matter. They add up. They make a difference. They move us forward.

It doesn’t matter how slow we run, so long as we keep putting one foot in front of the other.

Change Can Be Scary… And So Worth It