Here’s one of the great benefits of blogging: It holds you accountable.

If you blog about your goal of finishing a rough draft by next month, that goal is no longer bouncing around your head — it’s bouncing around the blogosphere. If you tell your readers you’re going to move to a new city, they expect you to do it. 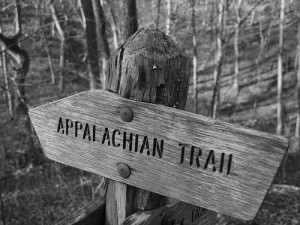 Hiking the Appalachian Trail — a six-seven month walk from Georgia to Maine — has been on my bucket list for years. But it wasn’t until I mentioned that goal in a post recently that it suddenly became attainable. Something I could really choose to do next. Maybe I didn’t realize how much I wanted it until I wrote it for all of you to see. I hadn’t even though about when I could start the hike until I wrote that post, then counted the months to March or April, when most hikers hit the trail. It’s six months away, I realized. Six months from now. Stamping that dream with a date made it real.

A whole lot could happen between now and March. I could get a full-time job. I could move. I could have some other responsibility that prevents me from picking up and doing another dream trip. But if I don’t, if I’m still growing my own business and saving money and free as a bird to do whatever I choose, I might choose to hike the AT.

And the only reason that became an obvious choice was because I wrote it here.

9 Replies to “Blogging as accountability”

My goals for a two-week writer's residency