Figuring Out How to Make a Living Doing What You Love

Want to free yourself from your day job? My eguide is full of practical advice: How I Surpassed My Day Job Income in Just 6 Months of Self-Employment.

Last week I woke up to a long note from a reader of my newsletter. He’s working as an interpreter for a manufacturing company, and he’s desperate to change course and become a travel photographer. 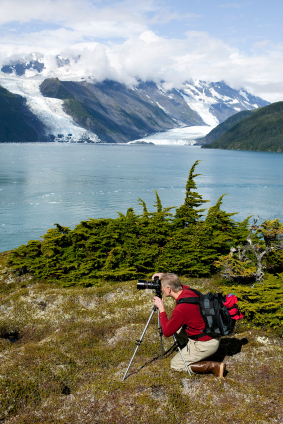 Except he doesn’t want to give up his salary. He doesn’t think he’ll be able to make real money in his dream job.

Sound familiar? If you don’t feel this way, chances are someone you know does.

Here’s what you have to remind yourself: If it was easy to make a living doing what you love, everyone would do it.

It’s not easy. It’s not easy because doing what you love often involves not working for a big employer (though it can), which means you’re not going to get a paycheck every two weeks. Instead, you have to figure out how to make money. This is the tough part. This is why most people just go with the paycheck.

On top of that, the things we enjoy doing often don’t pay well on the surface. Take travel photography, this reader’s dream. Do you know any travel photographers that make a good living? Sure, there are a few out there, the cream of the crop, the well-known photogs. But most people who are travel photographers make at least some of their money in round-about ways. They think outside the box about how to use their skills to bring in income, and they approach the career sideways, at least at first.

Sometimes the obvious income route — selling travel photos — isn’t the most lucrative. But what would happen if you were more creative? If you taught other people to take photos, or contracted with a company that needed photos of a certain place and did your own photography on the side, or instead took photos of something people would actually pay for? What if you approached the career sideways until you developed such a good reputation that people would pay well for your travel shots?

The same goes for writers. If you wrote fiction all day, think you could make a good living? Probably not — because having a passion isn’t enough. Sure, there are a few Jodi Picoults among us, but most everyone who’s a writer — making a living from doing what they love — uses their writing skills in some other way. They don’t just write fiction. And I don’t know Jodi Picoult’s story, but there was probably a long time when she didn’t just write fiction either.

Having the determination and ingenuity to find the intersection of your passion and your income is where most people fail. You can’t expect to simply do what you love and start seeing money show up in your bank account. Money won’t follow automatically. It won’t follow until you figure out how to make it follow.

So how do you figure that out? By watching other people who are doing what they love, and by digging down into how they really make money, not how they want people to think they make money. For example, a whole lot of travel bloggers out there want you to think they make money off their blog. But in many cases, the truth is that they make a little bit of money off their blog and most of their money in other ways, either by working a full-time job or consulting or whatever. This may not be as shiny as making money off a blog, but it’s smart — and far more realistic.

So be creative about how to make this work for you. How can you turn what you love into a money-maker?

That money-maker could be a full-time job. If you can do what you love and get a consistent paycheck for it, go for it! Or it might be consulting or working for yourself. Or creating a product people will buy. (Here’s a great example of a woman who turned her online-dating smarts into a money-maker.)

But keep this in mind: finding the intersection between your passion and your paycheck will always be a work-in-progress. Even when you’re making money doing what you love, there will be parts of your week you don’t like. The goal is to have fewer and fewer of those parts. And if you’re creative about how to get there, if you put your business hat on top of your artist’s cap, you will figure that out.

Coincidentally, this post is a perfect intro to the next post in my queue: To Make Money as a Writer, Be More Than a Writer. Check back here for that Thursday.

To Make a Living as a Writer, Be More Than a Writer

What's the First Thing You Do Each Morning?