One of the best things about travel, says my friend Elise, who joined me in Costa Rica last week, is how it bends time — how time moves more slowly when you’re on the road, and you can fit more memories into a shorter period.

It’s true. When I first drafted this post, I’d only been traveling in Central America for two weeks, but it felt like I’d been away for far longer. At home, when I’m busy with my daily routine of work, hitting the gym and seeing friends, two weeks can go by in a snap. But when I’m experiencing a new place, time crawls… in a good way.

That’s partly because when you’re traveling, time doesn’t matter. Unless you’ve got a bus to catch or someone to meet (and in some countries, even those obligations don’t run on schedules), you simply don’t need to know the time. You wake up with the sun, eat when you’re hungry and explore – or try to get to your next destination – during the rest of the day.

But it takes a while to get to that place, to embrace the timelessness of travel.

During my backpacking trip in Africa, an expat friend gave me a bracelet with a wooden circle that sat on the outside of my wrist. It looked like a watch without a face. Back then, I actually wore a watch to work, so going without one while backpacking seemed, well, deviant — and replacing it with the bracelet, symbolic.

Now I rely on my smartphone to tell time when I’m home, not bothering with a proper watch. Yet it still seemed fitting when I bought a blue woven bracelet from an artist in northwestern Costa Rica and tied it onto my left wrist, filling the space where my watch once lived. That bracelet reminds me to let time bend.

Why does it bend? I think time moves so slowly when we travel because we’re focused on the now, on living in this very moment, rather than thinking about what’s on tap in an hour or tomorrow or next week. Time bends not only because we’ve forgotten it exists, but also because we’re deeply embedded in the watch’s nemesis: the present.

My present is a mountain town called Monteverde, a cool reprieve from the hot beaches where I’ve spent most of the last week. It’s touristy here, but I’m so fascinated by the ecosystem and the people who live here that I don’t really mind. 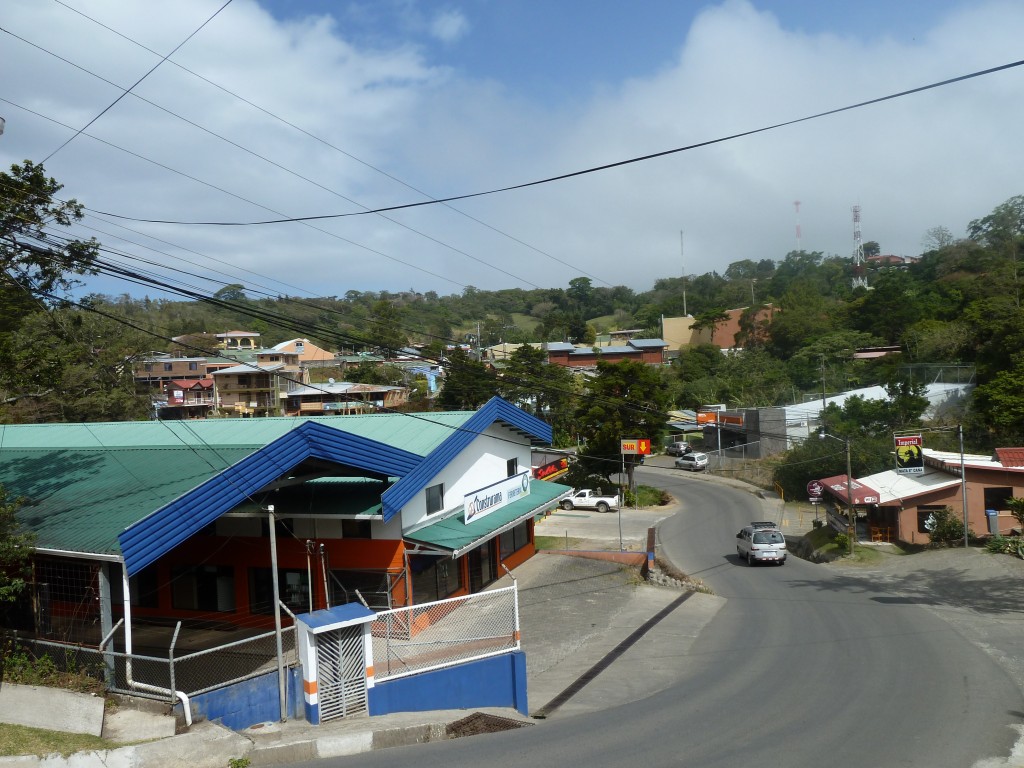 Santa Elena, the town next to Monteverde (Costa Rica).

For environmentalists, you’ve got the cloud forest to hike through, where you can spot spiders (including tarantulas!), raccoon-like animals called coati, rare birds (like the quetzal, which I saw yesterday) and the sloth. I know, right? Who knew sloths were an actual animal?! 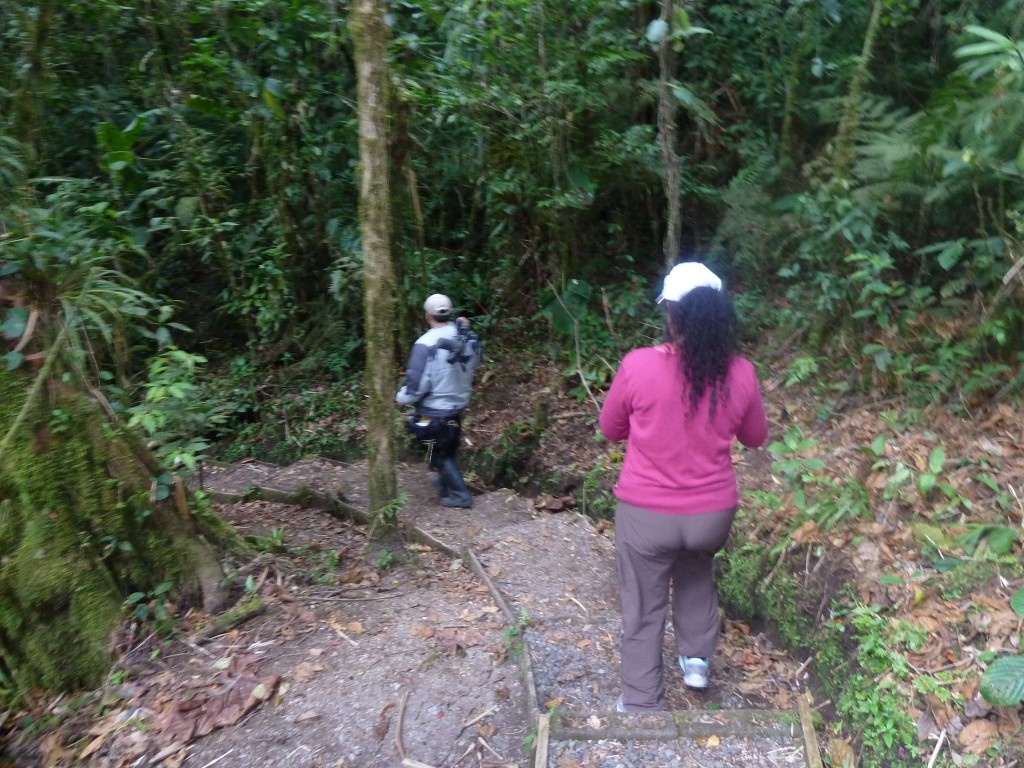 A cloud forest, I learned while hiking through one yesterday, is similar to the rainforest, but drier and cooler, which means it’s home to a different set of animals than you’d find in a tropical rainforest. It’s called a cloud forest because it’s literally in the clouds; we’re so high up here in the mountains that the forest has near-permanent fog and mist.

If that’s not enough, there’s also a community of Quakers here, settlers from America. Lonely Planet tells me they came here years ago to escape the draft – they’re pacifists. Now they operate a cheese factory in town, have a Quaker school, etc.

I ran into a guy who’s part of this community yesterday in an ice cream shop, where a girl who I guessed went to the Quaker school had just sung a recital. He used to work in Manhattan as a lawyer, the guy told me, and moved to Monteverde seven years ago; his parents had lived here in the ’70s.

Our interaction lasted only as long as the (slow-moving) ice cream line, but I left there feeling both intrigued and satisfied. Intrigued because I wanted to know more about this lifestyle – and satisfied because I’d just learned a bit about how these people lived.

That’s why I travel. Sure, it’s cool to see a new species of bird or learn to speak a foreign language or taste the local cuisine. But the most fulfilling part of travel for me is the random, unplanned interactions with people who offer insight – whether intended or not – into how they live.

Those people moments are what bend time when I travel.

9 Replies to “How Travel Bends Time”

When You Spend Money on Travel