When You Have to Admit You’ve Failed

The blogosphere is full of posts about failure. About how you have to face failure if you want to succeed. About how the biggest successes stem from failures. About how no one succeeds without failing.

In fact, I’d even say it’s actually hip to write about failure. 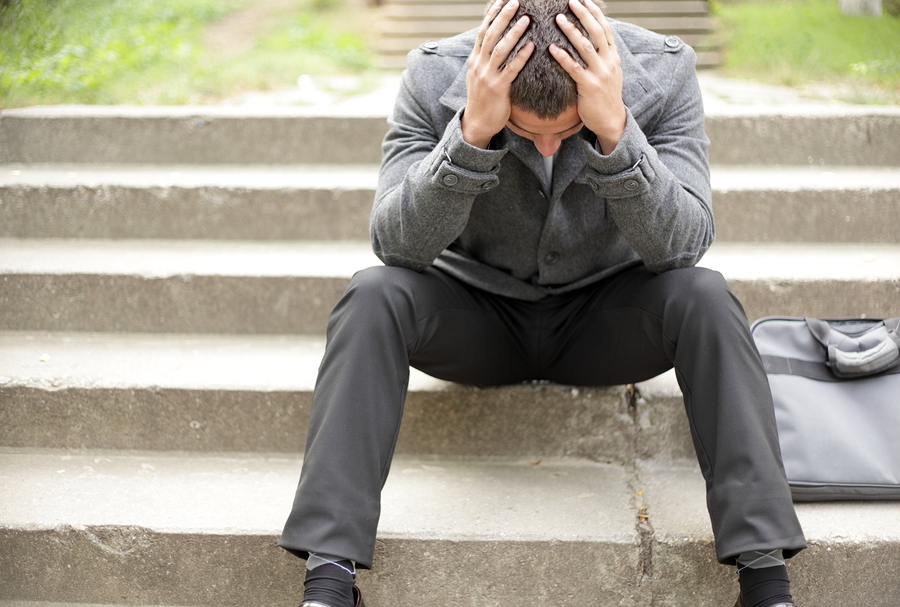 Failure is never, EVER fun.

But here’s the catch: most bloggers write about failure in retrospect. They write about it long after the failure, once they’re knee-deep in success. Probably because it’s just too painful to write about when you’re IN it, and you can’t really see the positive that comes from that failure until you’ve hit success.

What Failure am I Getting at?

The failure is my book.

Yes, that book, the travel memoir about backpacking solo through Africa, the one I spent 2009 writing, and 2010 editing, and the last two years trying to force through the pipes of traditional publishing.

I thought — like so many of you who have tried to publish traditionally — that if I threw myself at this project and gave it everything I had, I would eventually succeed. I tell myself that often, actually. If we didn’t tell ourselves success was attainable, we’d never take the scary risks that result in the biggest wins.

But while I did sign with a literary agent, that’s as far as this book went. We couldn’t convince a publisher to buy it.

Not just failure, but a BIG, FAT FAILURE.

I’ve known for a while that this was coming, but it still sucks to write it out like that, to tell this community of writers and go-getters that things didn’t pan out the way I hoped they would.

Except… It’s actually not as bad as bad as I thought it would be. I thought I would feel absolutely horrible when this day came — considering how much work I’ve put into this project and how nervous I was when we began submitting the manuscript to publishers — but I’m not.

Instead, I feel relief.

Why? I feel relieved for two reasons:

First, this whole process has been HELLA frustrating. I’m the kind of person who likes to give it everything I’ve got, likes to move forward on my own terms, and it just wasn’t fun to feel like my book’s success was beyond my control, depending on other people to do their jobs and give their approval.

This made me realize something BIG, something I’ll no doubt write more about on this blog in the near future: I’d rather fail on my own terms than wait indefinitely for someone else’s approval. 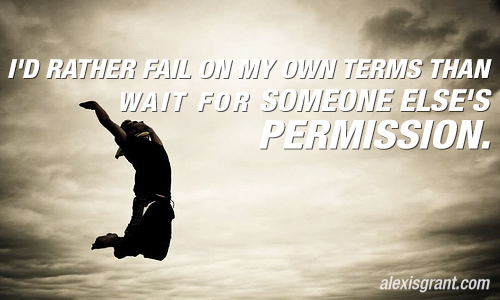 I’m a do-er, not a waiter. A go-getter, not a follower. I have managed to circumvent the gatekeepers and idea-stifflers and rule-makers for my career. Why should I rely on them to publish my book?

Second, my goals and desires have changed significantly since I first decided to publish traditionally in 2008. Would I take a publishing deal if one fell in my lap? Sure! But now that several years have passed, that doesn’t feel like my main goal anymore. So much has changed since then: I’ve learned to offer content on my own, create a community around my work, and make a living doing what I enjoy, and self-publishing has a new, stronger appeal.

Self-publishing also no longer carries the stigma it did a few years ago: so much has changed in this space recently that some big-name authors are choosing to self-publish. And because my path has changed, too, this form of content sharing fits well into my career puzzle.

I want to get my book out there. I really do. And I truly appreciate all the supportive notes and blog comments and tweets from members of this community who say they want to read it. That means the world to me!

I have a gut feeling the book’s not ready. How could it be, if no publisher is willing to bet on it? I believe, in my heart, that my book still needs work.

And no, that’s not me waiting until it’s perfect, being too scared to let go. There is a fine line between perfect and ready, one I’ve had to walk time and time again, for nearly everything I write. In general, I lean toward shipping. But I also believe in following my gut, and my gut tells me it’s not yet time to press publish.

So I need to put in more work before shipping. Yet a rewrite with the help of a proper (and likely expensive) editor will take at least a month or two, and I’m dreaming of pairing that with a Kickstarter campaign. And here’s the cold truth: I simply don’t want to put in that work right now.

Why? Because I’m too excited about my other projects — growing my newsletter, continuing to run my Twitter course, offering webinars, over-delivering for my clients, launching a redesign of this site, and possibly moving forward on another BIG resource for writers in the coming months. I’m SO excited about all of these things that I don’t want to put them aside for a month or more to edit my travel memoir (again).

I can’t do everything. Part of finding happiness in my career is realizing that I can’t follow through on every idea or ambition, especially if I want to do a fabulous job on the projects I already have. I need to train myself to feel satisfied with my choices.

So this is my choice for now. To keep focusing on the projects that excite me most, and let my travel memoir sit for a bit… until I feel so excited about that rewrite that I want to give up something else to make room for it.

For now though, it feels like failure. Not an overwhelming, rip-a-hole-in-my-chest failure, but a failure nonetheless.

Yet I see potential for this failure to turn into success. Maybe it will even become the kind of failure I feel grateful for because it led me down a path I might not have otherwise considered.

This is my path — our path. Sometimes we fail. But the only way to turn that failure into something bigger and better is to push through. To recognize that it hurts, that it sucks, that it’s something we don’t want to go through again. Then we try something different, we take a slightly different road, one that’s shaped by what we’ve learned.

And we look forward to the day when we can write, in retrospect, about how we turned that failure into success.

UPDATE: My agent Rachelle posted about how this failure made her feel, too. Rachelle and I have since parted ways.

68 Replies to “When You Have to Admit You’ve Failed”