How to Find Your First Social Media Client

Yet while carefully curating tumblrs is fun, eventually you're going to want to get paid. So how do you find your first client?

When it comes to working in social media, that’s the No. 1 question people ask. Since I’ve only done it once — and you’ll only have to do it once, too! — I asked 10 other freelancers, consultants and businesspeople to tell us how they got their first client. Their stories will inspire new ways for you to connect with potential customers, so you can start making money off your skills.

Disclaimer: I cannot vouch for all of these freelancers because I haven’t worked with them. Each freelancer included here offers unique ideas on how to land your first client, but this is not meant to be an endorsement of their work. 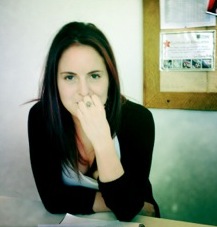 How she landed her first client: After I put up my Facebook ads, a publisher at HarperCollins said she couldn’t offer me a job, but that she had freelance work for me. She gave me the task of writing ads for a bunch of her authors. Then she started referring me to other people and that was that–I was in business.

Advice to new freelancers: Start with finding one major client. If you look at it that way, instead of thinking, “I need enough clients to make a living,” it’s a lot easier to wrap your head around.

Just focus on getting one client and try everything: networking events, LinkedIn, friends of friends, etc. Sometimes the first client comes from the oddest of places!

How she landed her first client: I saw a post for a part-time social media position in a social media marketing group on LinkedIn. I sent my resume, was invited for an interview and got the job. 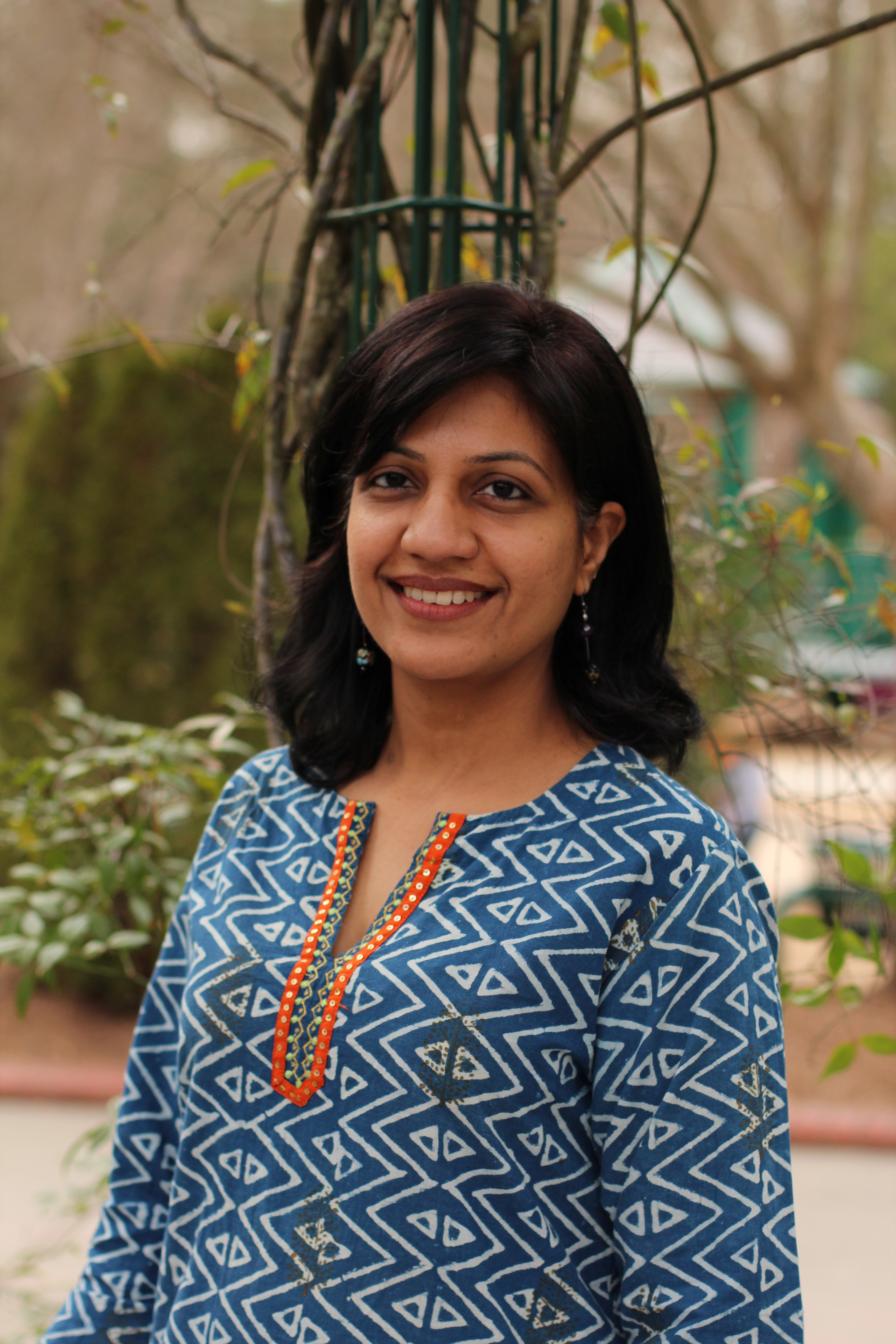 At first I thought I would be an employee, but later found out that they wanted to hire me as a contractor, keeping my own hours and working from home. That's when it dawned on me that I could do this for other companies at the same time and be a freelancer!

I was on a six-month contract and after only a month, they liked my work so much that they offered me a long-term contract.

Advice to new freelancers: LinkedIn groups are great for finding opportunities and leads. Add value for your client: offer them ideas and suggestions above and beyond the scope of your contract.

Try offering free services for a limited time to build your portfolio. I did pro bono work for a non-profit for six months and that’s what landed me my current paid work. 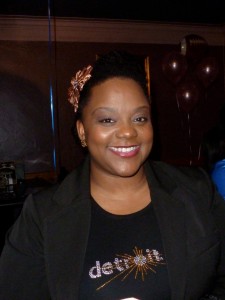 How she landed her first client: I approached small business owners with whom I'd built business relationships through my previous job. I set a low (but fair) rate and outlined how I could manage their social media for them. One of my biggest selling points was that they were aware of my work ethic in other ways, so they knew I would give them 100 percent.

Advice to new freelancers: Look within your network. As much as you enjoy social media, there is someone you know who hates it! Take advantage of that fact.

How she landed her first client: I met the Head of Marketing at a conference and we talked about how I was using his company's software to pay down debt. We both were so passionate about helping people achieve their financial goals that he followed up with me six months later.

I started out as a contractor, editing a team of writers for the blog as well as running their Twitter and Facebook pages. In September 2012, they asked me to join as a part-time employee–with a raise!

Advice to new freelancers: Be honest and open about what you do and what you’re passionate about. You never know when your personal story and desire to help people will land you gigs that line up with your goals! 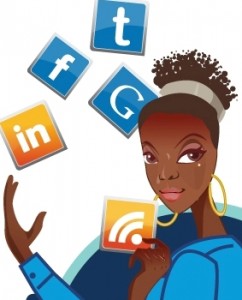 How she landed her first client: My first client found my business card inside a Social Media for Dummies book. I strategically place my cards in books that my potential clients might be interested in.

Advice to new freelancers: Make sure your business cards clearly state what you do and what problem you can solve. Then start leaving them in strategic places.

How she landed her first client: I built freelance profiles on both oDesk and Elance and have been on both sites for over 12 months with good ratings. I optimized both profiles with specific keywords around SEO and social media.

My first client contacted me initially to do SEO on his site, and when we met, I told him that I also managed social media. Once he saw the results from SEO, he contracted me to take care of his social media as well.

Advice to new freelancers: Figure out what you actually want to do first! Do you want to focus on providing social media strategies, or do you want to execute them as well? Do you like to write? Ask yourself these questions to establish what services you're going to offer.

How she landed her first client: I was informally coaching a friend and working with her on business development. She was impressed with my work as well as my social media background from the technology company I had co-founded, and raved about me to her network. 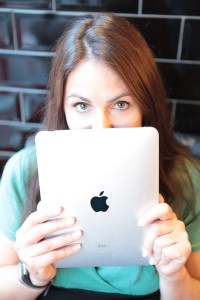 Through my friend, a local startup reached out to say they were looking for someone with my skills. We set up a meeting where they briefed me on what they needed, I put together a contract, and I closed a deal to consult with them.

Advice to new freelancers: You never know who you will meet that might lead you to your first gig. Always be courteous, professional, and engaging.

Know your worth. When you're dying to find your first client, you might want to charge less than you should just to sign them up. But be careful: by doing so, you could start a dangerous spiral of undercharging and being paid less than the true value of your work. So shoot high, and then make sure that you can back it up!

How she landed her first client: While flipping through the latest issue of a regional magazine, I saw a piece about up-and-coming entrepreneurs in Savannah. I loved one business in particular, so I reached out via email and congratulated the owner on the idea and coverage. I also told him that I’d love to help him with his social media. 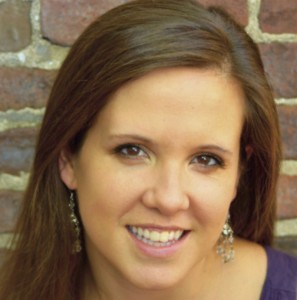 I worked for a low rate but it was a great experience and paved the way for lots of opportunities and learning.

Advice to new freelancers: Reach out to a new local business owner whose idea you love and offer to help them. They have so much going on that they'll be grateful to have something taken off their plate! Plus, it’s nice to start from the beginning with someone and get their website and social media pages set up nicely.

Don’t give up—there are people out there who need your help! 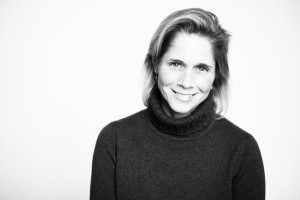 How she landed her first client: I explained how much their business needed to join and be active on social media. Then I offered to do it for them.

Advice to new freelancers: Be consistent online with your own presence. Don't forget to get out in the real world and meet people.

How she landed her first client: I was hiking with a friend and brainstorming how he and his company could land clients, and I suggested Facebook and Twitter. After we discussed my ideas for a while, he said something like, “You really know this stuff! You should get someone to pay you for this!”

That friend later introduced me to his boss, and once I shared my ideas with him, the company became my first client. 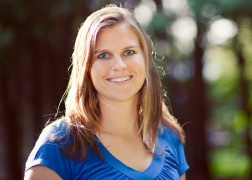 Why? Because your friends and family truly want to help you and see you succeed, so they're often willing to go out of their way to connect you with people who will help you reach your goals. Leveraging friends and family is a great way to get your business rolling.

How did you find your first client? Got any advice to add?

If you enjoyed this post, check out my other advice on how to become a social media consultant.

5 Replies to “How to Find Your First Social Media Client”