Last week I sent a poll to my newsletter subscribers asking this community to choose which cover you liked best for my first Kindle book. (If you don’t get the newsletter and want to be part of these types of experiments, you can sign up here.)

While I’d hoped this poll would help me choose a cover, it ended up giving me so much more than that! Enough to warrant a blog post on lessons learned.

To give you some context in case you didn’t participate, here are the two covers I asked this community to vote on: 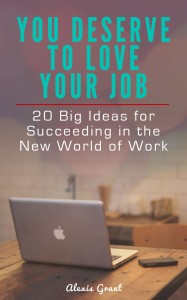 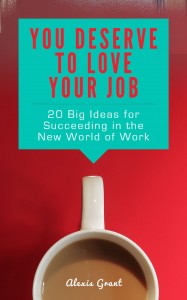 Before we get into which cover won — and how we tweaked that cover based on your suggestions — here’s what I learned from this experiment.

It’s worth putting yourself out there

I hoped to get about 40 responses, figuring that would be enough to choose a cover. Guess how many came in? 281. Yup, nearly 300 of you responded! Looks like I underestimated this community and how much you want to help a sister out!

For my fellow geeks who love stats about online marketing, most of those responses came from my newsletter, though I also posted the vote on Facebook and Twitter. About 4,000 subscribers get my newsletter, and this particular email had a 30 percent open rate, which is about average for my main list. (Yes, I A/B tested the headline.)

Not only was your feedback helpful in choosing a cover, it also made me realize just how much readers appreciate when you include them in your creative process. We all love behind-the-scenes details about how to make things happen, because we learn more that way than simply seeing the final result. Speaking of…

Let your community in on the process

I worried about sharing the covers when they weren’t yet perfect, but your feedback turned out to be exactly what I needed to get them where they needed to be.

For example, I didn’t think much of the Apple logo on the laptop in the cover to the left, but readers sure did! Many said they aren’t Apple users (me, neither) and seeing that brand on the cover was a turn-off. If one voter had mentioned this, I wouldn’t have thought anything of it, but so many people commented on the logo that it became a trend — and that’s when feedback is truly valuable.

As a bonus, letting readers in — even if it means being vulnerable — gets people invested in your work. Hopefully, some of those voters will purchase the ebook when it launches next week!

When you request feedback, always ask at least one open-ended question

Rather than simply asking readers to choose which cover they preferred, I also left a box for them to explain why. And this is where the best feedback came in!

That’s how I learned about the danger of the Apple logo. And there was another comment that stuck out because it was repeated so many times: that the sub-title on the red coffee cup cover was difficult to read because the font wasn’t big enough. Since the size of the cover will be further reduced when it becomes an Amazon thumbnail, I knew this was a real problem.

Even better, a lot of readers who choose the laptop cover said they did so because they couldn’t read the red cover well enough, which made me realize the red cover likely would have gotten more votes if I’d made the sub-title more legible. As you’ll see below, this played big into our final selection.

I typically use SurveyMonkey to gather feedback, but the tool wouldn’t allow me to incorporate images into this survey the way I wanted to.

So I turned to Google Forms, one of Google’s best inventions. In addition to using them for blog surveys, I’ve used Forms to collect addresses from friends and clients, advice from experts for round-up blog posts and pledges from friends who participated in a charity drive. Even my database of 550+ freelance bloggers works off Google Forms. Whenever you need to collect the same pieces of information from a lot of people, Google Forms are a huge time-saver. (Here’s a tutorial from Google if you’ve never used Forms before.)

In this case, the two images were below one another, rather than side-to-side as I preferred, but it still worked. (See the form here.)

One of the things Forms lacks for surveys that tools like SurveyMonkey offer is a tally feature. Once I realized I was going to get a lot of responses, I worried about tallying the results; once you pass 50 or 100 responses, it doesn’t make sense to tally them by hand. Luckily my boyfriend is a data genius, and he used a formula to create a tally right in my responses spreadsheet (which populates automatically when people respond to your form).

The final tally as I publish this post is 176 for red coffee cover vs. 105 for laptop cover.

Here’s one more cool thing about Google Forms: When I shared it via Google+, the survey embedded within the update. How cool is that? See it here.

Want to see the final cover?

By a margin of about 2-1, the red cover with the coffee mug won.

But rather than going with the red cover, we went with a tweaked red cover. Taking your feedback into consideration, we made the sub-title easier to read, as well as my name. 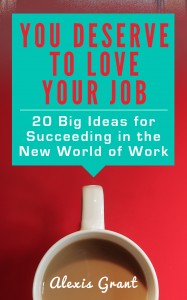 What do you think? Let me know in the comments!

Props to designer Hannah Loaring, who created it.

If all goes as planned, this ebook will be available on Amazon next week. Can’t wait to share it with you!

Why "Wasting Time Online" is Absolutely Worth Your Time