What We’re Launching Next at The Write Life, Plus 8-Month Progress Report

Ever since we launched The Write Life eight months ago, writers have told us they want to improve their writing, with the goal of getting published, making a living as a freelancer or growing a following online.

So we asked ourselves: What can we provide, beyond the blog posts we offer already, that will truly help writers take that next step in their writing career?

What we came up with is pretty exciting. We asked popular creators of resources for writers — people whose work you’re likely familiar with like Chris Guillebeau, Jeff Goins, Kristi Hines, Jenny Blake, Tom Ewer and more — to let us offer their best resources at a seriously discounted rate. We combined those ebooks and courses into what we’re calling The Writer’s Bundle. And that bundle launches in just a week! 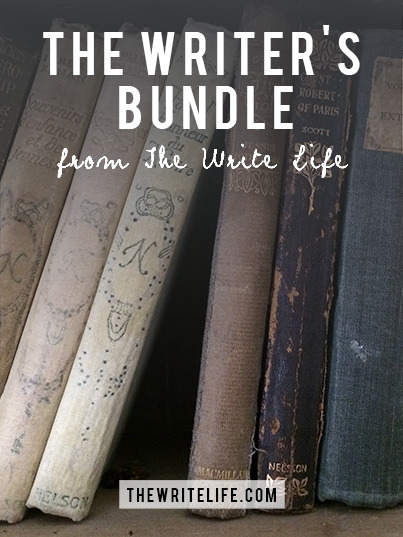 On March 17, you’ll have three days to get your hands on this bundle. I’m letting you know now for two reasons:

1. It’s a fun experiment to watch if you’re at all interested in digital products, and

2. I don’t want readers of this blog to miss the sale. Make sure you’re signed up for my email list or The Write Life newsletter, and you’ll get an email that morning letting you know the offer is live.

An 8-month progress report on The Write Life

To put ourselves in the best possible position to succeed with this bundle sale, we’ve been working hard to build The Write Life over the last eight months. I shared a progress report at four months, and you’ll see below we’ve grown significantly since then.

Let’s take a look at the numbers! For February, our eighth month since launch, we saw…

Top traffic sources: We’ve reached the point where all of our efforts on SEO are starting to pay off. (This post explains exactly what we’ve done to optimize The Write Life for SEO.) Between December and January, we hit a tipping point, doubling our monthly traffic from search to 32,000 visits (not uniques).

After Google, our top referrals are all social media and our email campaigns, which makes sense since we put a lot of effort into growing those channels. We focus on Twitter, Facebook and Pinterest, but we also saw a huge bump in February from StumbleUpon to one particular post. (As an added bonus, that post happened to be full of affiliate links.)

Newsletter subscribers: 7,000 (up from 2,000 in October). A lot of those new subscribers came to us after we launched 100 Best Websites for Writers. We’ve managed to capture emails from new visitors by using a highly targeted (but not annoying) Pippity pop-up. Our main pop-up has a conversion rate of 7 percent, which is ridiculously high.

Growth issues: This growth is amazing and welcome, but it also comes at a cost. We’ve outgrown the design our developer originally created for us, so we’ve had to put some money into scaling the site, essentially changing things on the back end so the site can sustain this many visitors. Until we completed this work, the site experienced some down time because of visitor overwhelm — and when you run an online business, that’s one of the worst things you can let happen.

This scalability issue was a huge lesson for me. I follow Lean methodology and believe in launching with a Minimum Viable Product, but I didn’t realize how quickly we would outgrow that initial build — and that we’d have to put money so soon into scaling the site. Next time I launch a site like this, I’d work with a designer, developer and server specialist who can make the site scalable from the very beginning.

Because of this growth, we also have more recurring costs than we did at launch: we’ve moved to a dedicated server with MediaTemple (after many a bad experience with WestHost) and we’re now at a newsletter service tier (on MailChimp) that costs $75/month.

In short, we’re investing not only effort but money into this site. The Writer’s Bundle will be our first big attempt at monetizing, while also providing tremendous value to our readers, which is what we believe will continue to help the site grow.

5 Replies to “What We’re Launching Next at The Write Life, Plus 8-Month Progress Report”

MH370: How to Pretend You're Working When You're Actually Checking for Even a Minuscule Update on the Missing Plane

Selling Books on Amazon with Kindle Publishing: Results of Our Launch