The Other Time We Got Married

In September I married the guy I met on Twitter.

But we also got married in February.

Our two weddings were completely different: one in a courthouse with just a photographer as a witness; the other a traditional all-out celebration with our families and closest friends, complete with a lacy white dress.

And for much of last year, while we planned the family celebration — learning a lesson I’ll never use again: that planning even a small wedding is a massive task — we considered that the “real” wedding. We’re both close to our families, and the marriage just didn’t feel official until everyone was here to celebrate with us.

But now that the big day is over, as absolutely glorious as it was, I see how beautiful our courthouse wedding was, too.

The reason is simple: it was just for us.

The story behind our courthouse wedding

We got married the first time almost seven months to the day before our family-and-friends wedding because waiting to get our family in one room (everyone is scattered around the globe) was messing with our life plans.

My husband is British, and his visa was tied to his job, which meant he couldn’t easily change jobs or start his own business and stay (legally) in the States. It surprised me just how few options exist for highly skilled workers who want to live here; if you’re not a student, you pretty much have to be sponsored by a big company with a lot of resources, which almost certainly means signing up to work in a corporate environment. Want to start your own business or work at a startup? It’s almost impossible, unless an American has the hots for you. That’s why Mark Zuckerberg and the tech community are pushing for immigration reform, to make more visas available for the high-tech workers startups desperately need.

Lucky for us, we were planning to get married.

We decided to say “I do” (the first time) on a cold Friday evening in February. Ben got out of work early (big deal) and I got my hair done (also a big deal). We walked hand-in-hand to the office of the officiant who had agreed to marry us, smiled at each other as we said our vows (OK, I may have gotten a little teary-eyed), had a beer at our favorite neighborhood pub, then went out to dinner.

No one besides our lovely photographer knew we were getting married that night (we told our families later), so no one asked about the details that are such a big part of most traditional weddings. We didn’t worry about choosing shoes that were fancy enough, whether the food would meet expectations, or how we’d get from one point to another. There was no obsessing over invitations or vows or desserts. We didn’t over-think or over-plan.

We just did it and enjoyed it.

So why was that first wedding special?

We didn’t make a big deal out of our first wedding because we considered the September event to be the real deal. But that night in February also reflected who we are and how we choose to spend our life when no one’s watching: comfortable, fun, simple, and focused on what matters.

I thought about that as I prepared to walk down the aisle in September, all dolled up with my father on one arm and mother on the other. I was nervous, but it had nothing to do with the commitment I was about to make, since I’d already made my promise. Those nerves were about being on display in front of 65 of our friends and family, and hoping that after all the planning we’d done over the previous nine months, the night would go smoothly. That realization in itself put me at ease, for the big thing that mattered — marrying the love of my life — felt natural and easy.

In many ways, life events feel more special when they’re shared with family and friends — and that’s what made our second wedding so meaningful (and fun!). But I now see just how fortunate we were to also have a wedding that was just for us. A night that wasn’t bogged down with details and decorations, when no one watched us on the alter or dance floor, when we could just be ourselves with each other. 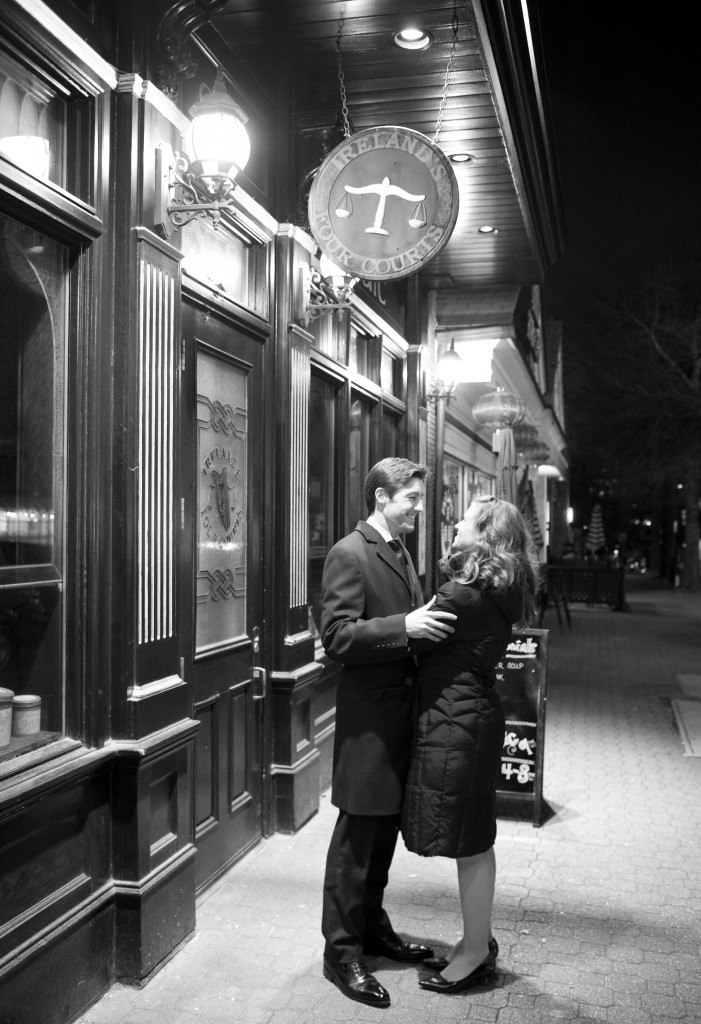 My favorite shot from our courthouse wedding

16 Replies to “The Other Time We Got Married”

Affiliate Sales: A Realistic Guide for Earning Revenue From Your Website

How I Outsource My Life: 5 Services for Avoiding Chores