The Kind of Entrepreneur Nobody Talks About

If you follow news about entrepreneurship, most stories you hear in the media and blogosphere are typically about two kinds of new companies:

But there’s another option somewhere in between, a “hidden breed of entrepreneur,” as Andrew Wilkinson wrote recently on Medium. Wilkinson founded Flow, the task-management tool my team uses to stay organized. It’s an impressive app with a loyal user base (although frustratingly, you don’t hear about it as much as Basecamp or Asana), supported by a growing team… all without outside funding. Oh, and they’re not based in Silicon Valley, either.

Because he hasn’t sought out funding, Wilkinson explained, he’s sometimes branded a lifestyle entrepreneur, which isn’t exactly a compliment in startup land. But in truth, he’s one of the hidden breed, a bootstrapper who’s working hard, building a scalable business and making good money. 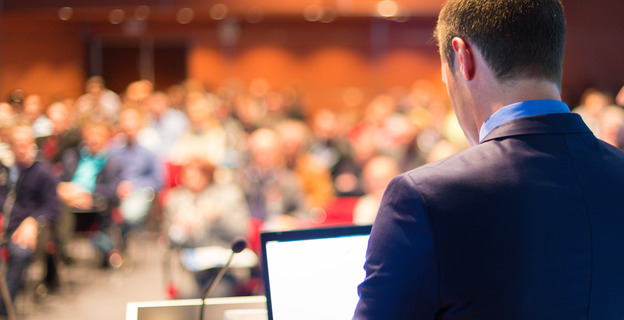 The middle ground of entrepreneurship

The startup world often dismisses this type of entrepreneur or simply forgets we exist. As I wrote about last year, convincing investors to put money into your business is touted as the holy grail of entrepreneurship. If you never get to this level, the startup cult would have you believe, you haven’t truly succeeded as an entrepreneur.

But what if growing a big, venture-backed company isn’t what you want? What if you’re not interested in trading your autonomy for funding and growing as fast as possible, even if it negatively affects the quality of whatever you create and, more importantly, your life?

“The siren call for many entrepreneurs isn’t money, it’s freedom,” Wilkinson writes. “The freedom to chart your own path, the freedom to build what you want with the people you love. Taking money, building a board, and raising rounds takes away that freedom little by little.”

Look hard around the web, and you’ll find other hidden entrepreneurs who feel the same way. Erica Douglass, who sold her web-hosting business for $1 million at age 26 and now owns two bootstrapped, profitable companies, sang a similar tune in a recent blog post about why so many funded startups fail.

“Tech companies, especially funded ones, tend to get a lot of press these days, but to me, the media isn’t telling the whole story,” she writes. “Sure, it’s great to write about the 0.1 percent of businesses that will have off-the-charts growth. But there are also plenty of interesting stories to be told about all the companies that employ people, serve happy customers, and make great money for their founders! From my perspective, it’s a lower-stress business to run, as well, which suits me just fine.”

As you might have guessed by now, I’m of this hidden breed, too. I started my content marketing business, Socialexis, as a freelancer, without intention to scale, but discovered a huge demand for blog management. Now we have a roster of clients and an amazing team to service them.

Which puts me in that middle ground that’s rarely talked about: I’m no longer a freelancer, but I’m far more interested in slow growth and doing awesome work than becoming the biggest and most profitable blog management company around. I still value my autonomy, but I also love working with my team, and, to be completely honest — because we don’t talk honestly about money enough! — scaling has also allowed me to earn more income.

Thinking outside the entrepreneurship box

There is another option here, a middle ground between stressful, VC-backed startup and laid-back, not-in-it-for-the-money lifestyle entrepreneur. And you can deviate at both sides of the spectrum, too: some funded startups like Treehouse work four-day weeks rather than pushing their employees toward burnout, and plenty of lifestyle entrepreneurs work hard to rake in the big bucks.

(For the record, while freelancers are often entrepreneurial, I think of them as their own category, and they have characteristics from each group: they typically bootstrap, work really hard, maybe outsource some tasks here and there, and earn a decent but not crazy-high income… but they don’t scale.)

As Wilkinson wrote, the folks in the middle ground “aren’t getting written up on TechCrunch, they’re just quietly building great businesses and cashing dividends in their little corner of the internet.”

If that’s you, take comfort in knowing there are others in that corner, too, working toward the same goals, with similar priorities. That corner’s actually a pretty great place to be. Any of these options are, really — so long as you’re pursing not what everyone tells you is hip or hot, but what truly makes you happy.

13 Replies to “The Kind of Entrepreneur Nobody Talks About”

Self-Publishing: Should You Sell Your Ebook on Amazon or Your Own Website?

How to Make Money Off a Blog: Takeaways From The Writer's Bundle 2015