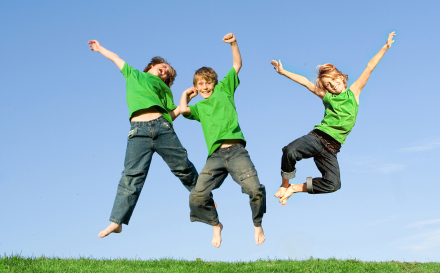 Are your online personalities competiting against one another?

After all, once you recognize the benefits of social media, it’s easy to get sucked into the more-is-better mindset. A Twitter account for your dog! Your business! Your book! A character in your book! Before you know it, you’ve got five handles to manage.

And you’re proud of those handles. You’re using social media to your advantage! You’re marketing! Building another platform!

But here’s the bad news: More is not necessarily better. If you’re really smart, you’ll find a way to combine those interests under one blog or handle. This doesn’t apply to all situations, but it applies to most. Before you dismiss your situation as an exception, read on.

What finally prompted me to write this post — though I’ve touched on the topic briefly before — was an awesome piece by my favorite social media thug Marian Schembari about how she failed at maintaining two Twitter accounts. Marian wrote:

I've said this before and for some reason I ignored my own advice. You are your own brand. Unless you're a news site or a blog with multiple authors, people come back because of YOU. Your voice, your stories. It's the same thing with Twitter. Just because you're a social media blog doesn't mean you can't tweet about the weather, your dog or that weird rash. In fact, you SHOULD tweet about your personal stuff. That's the whole point. Connecting.

I love how Marian uses herself as an example because it proves just how difficult it can be to stick to one account or one blog, even when you know that’s the best strategy.

I struggled with this when I started my own business a year ago. I didn’t want a separate website for Socialexis, but I was at a loss for how to weave it into The Traveling Writer. There was the logistical challenge of figuring out where on my website to put the name of my business. (I ended up with this page, and Socialexis.com redirects there. Simple, but it does the job.)

But more than that, I couldn’t visualize how I would integrate content into this blog that would showcase my social media skills. Until then, I’d written mainly about publishing and writing and travel. Would my community want to read about social media? Would they lose interest if I added another seemingly unrelated log to the fire?

Turns out you did want to read about social media, at least enough of you that this blog continues to grow. In fact, my posts about social media have become some of my most popular entries. And a reader gave me such a great compliment recently when she wrote that while the diversity of my posts attracts different types of readers, the topics are interconnected. To me it felt like a struggle to weave it all together, but from the outside, the pieces complement one another nicely.

Why does it work? Because most of you come here for MY thoughts, MY insight, MY knowledge. Sure, you also like the topics I blog about. But if you only liked those topics, then posts on how I fell in love at a writer’s colony wouldn’t be popular. You come back because you know you’re going to get me. That’s my hope, anyhow.

Of course, the brand of YOU has to be valuable or entertaining, or it won’t catch on. It has to be relatable and personable. While the umbrella topic is you, while each post is infused with your voice, the content shouldn’t be all about you. Rather, the reader should feel like it’s written for or even about her.

Here’s why it makes sense to have only one blog or Twitter handle even if you have a variety of interests.

For one, you’re more interesting when you’re diverse. Penelope Trunk once wrote — or said, I can’t remember — that you’re most interesting when you blog on the fringes of your topic, rather than right in the middle of it. Because if you’re blogging in the bull’s eye of your topic, what you’re saying has probably already been said before, maybe a million times. Instead, blog around the fringes, blending that topic with other ideas, adding a personal story, your voice, whatever. Diversity makes you interesting.

Second, if you segment your audience, you’re essentially working against yourself (which is the mistake Marian said she made). Bring everyone to the same party, and you’ve got a much bigger, more effective platform. I’ve already built up a community here at The Traveling Writer, so why not use that to my advantage when it comes to my social media business, too?

Having fewer accounts also means less work for you, which means you can put more energy into that one account or blog, which means you’re more likely to succeed. And that’s what we’re going for at the end of the day: success. This is all part of making your own luck.

Now for an exception. I don’t even know why I’m telling you this, because it doesn’t help to prove my point. But I have two Twitter accounts: one personal and one for work. I do this because my company wants me to build our brand, but I also want to continue growing my personal account. And though I was nervous initially about this backfiring for all the reasons listed above, so far it works.

But that’s one exception. In most cases, you can combine everything under the umbrella of you. As Marian said, YOU are the brand. Your voice is the thread that holds everything together.

So dare to speak up, but whenever possible, keep that brand in one place.

Do you have two blogs? Two Twitter handles? Can you think of a way to merge them?

The Beauty of Self-Publishing