Readers occasionally write to me with questions about social media or travel writing. Last week an e-mail landed in my inbox that I figured you’d all be interested in, so I asked its sender for approval to share her inquiry on the blog. 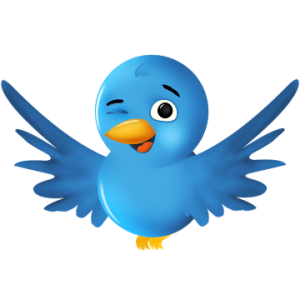 I have a Twitter etiquette question for you because I am unsure of what’s OK and what’s not. An agent I am really hoping to sign with has a partial manuscript of mine. I follow her on Twitter. She hasn’t requested the full yet ( I hope she does!). Every time she posts something, I want to comment, but I’m too shy. I don’t want her to think I’m stalking her and I don’t know if this is weird or not. It’s been four weeks since she’s had my partial and even though she said she’d take four to six, I don’t want her to forget about me. I was hoping to get your advice. Is it OK to be friendly with this agent over Twitter?

First of all, YAY for joining Twitter! As I wrote last week, I really think using social media is one of the best ways to make your own luck. Kudos to you for taking that step.

And WHOOHOO to an agent requesting your partial! Regardless of what happens next, that’s awesome.

The simple answer: Of course it’s okay to engage an agent on Twitter! That’s what Twitter’s for — conversation.

So whether that person’s an agent, a hiring manager or an influencer in your field, here are some tips for getting their attention:

Wait until you understand Twitter to make your move. This particular reader is new enough to the platform to ask questions about etiquette, which means she probably needs time to learn the ins and outs before trying to get someone to notice her. Why would you want someone to notice you before you’re using the tool properly, anyhow?

Twitter-folk can be kind of stuffy in that we notice, right off the bat, whether you’re properly using Twitter lingo, and even judge you for how well you use it. Don’t let this intimidate you into staying away from the platform. Instead, when you join, take some time to observe and listen to the conversation before jumping in.

Pat yourself on the back because they may have already noticed you. Even if they didn’t follow you back, that person might have noticed you when you first followed them. They’re more likely to notice you if they don’t have tens of thousands of followers, of course. But you’re already ahead in the game if they’ve noticed you exist.

RT that person’s tweet. A re-tweet is less in-your-face than an @reply. It shows that you’re listening to what that person’s saying, and that you think it’s valid — without expecting them to respond to you. Even better, RT one of that person’s tweets with a comment that shows you’ve given some thought to it. Your comment can be simple agreement or add value to the initial tweet. Either way, RTing someone’s tweet is probably the best way to get them to notice you (so long as you don’t do it too often).

If they follow you back, you’ve opened the door for private communication in the form of direct messages. If they don’t follow you back or don’t even respond, don’t sweat it. Chances are they saw your RT. And guess what? That means they know you exist, and they know you know the power of social media.

Be yourself. Yes, be professional. But let your personality shine through, too. We choose to interact with people on Twitter because they’re interesting. Be interesting.

Don’t overdo it. As this reader mentioned in her question, it’s certainly possibly to over-interact. You want the tweep to know you exist, not to think you’re stalking him. So try these suggestions, and if they don’t work, let it go. Maybe try again a few months down the road. But there are plenty of interesting and influential people for you to connect with on Twitter. Even if you can’t get the attention of this one person, know that your effort will pay off in one way or another.

All the while, create good content. Because if you do get this person’s attention, when they take the time to look at your feed, you want it to be awesome. You want it to showcase your expertise, professionalism and personality. So provide value. Tweet like someone’s watching. Eventually, they will be.

Another benefit of online promotion