It can be difficult to explain the magic of Twitter, which is why I like to provide anecdotal evidence whenever I can. And last night was a perfect example.

I was at D.C.’s monthly WordPress Meetup, checking in on Foursquare. I tagged my check-in with the event hashtag, #wpdc, and posted it to Twitter. 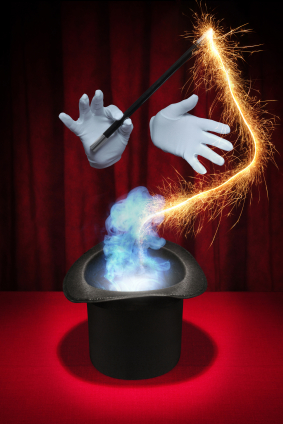 If I’m confusing you with digital speak, let me take a quick minute to explain:

Since I hashed my check-in on Twitter, anyone who was following #wdpc — mainly people who were at the event or wished they were at the event — could see my tweet. That’s the whole point; by making my tweet easy to find, I could then interact with people at the meetup, during the presentation, without communicating out loud.

Within minutes, I received an unexpected @reply from someone at the event. He was a long-time reader of my newsletter, he said, and was hoping we could meet in person.

Several tweets later, we realized he was sitting right behind me.

We chatted for quite a while after the meetup. I left there with a grin on my face, and not just because he said The Traveling Writer Newsletter inspired him. I grinned thinking about serendipity. Without Twitter, I could’ve been in the same room as one of my newsletter readers and not even known it.

But because we both took advantage of this digital tool, we got to experience a face-to-face interaction. Pretty cool, right? The best online connections are the ones we bring offline.

If you’re not using Twitter strategically, who might you miss out on meeting? What if the person who could help you find your next job or land your first book deal or create the life you want to live is in the same room as you, and you don’t even know it?

Kicking Your Own Butt Into Gear