We Got Married, But I’m Not Changing My Name. Here’s Why

It was awesome, and I’m so happy to be @benlcollins’ life partner. (In case you missed it, here’s the story of how we met.)

But unlike most of my girlfriends who have tied the knot in recent years, I’m not changing my name. I thought about writing an essay on this topic, but it started to sound all rant-y, so I’m taking the easy way out and writing a list post instead. 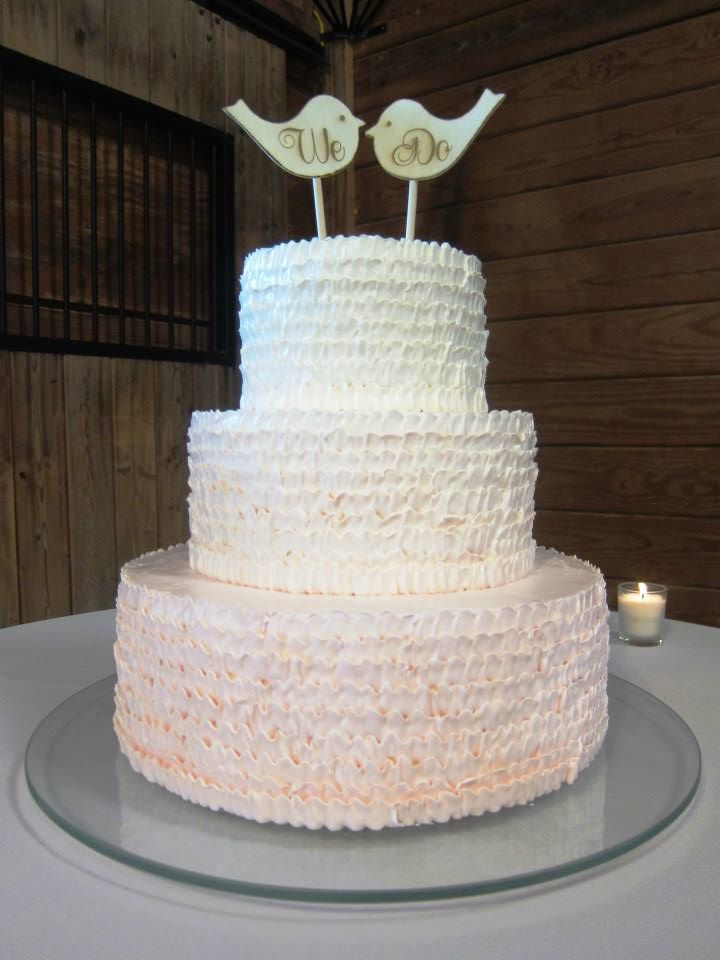 Because we met on Twitter, these birds topped our wedding cake! Photo credit: @andreasjames

Before I begin, take note: This is not an attack on your decision to change your name. Whether you give up your name or not, I don’t care. I’m not trying to convince you to go one way or another, I’m just sharing why I made this decision.

Here are five reasons why I’m keeping my name:

1. My professional identity is tied to it

My entire online presence, brand and SEO power revolves around “Alexis Grant.” Could I make it work around a new last name? Sure. But I have so many other projects that are far more worthy of my time and energy. Why waste time rebranding myself when my brand already works?

Lots of journalists — and people in other professions where name recognition matters — keep their name for this very reason. I remember the first time I realized just how prevalent this is in the journalism industry, when I overheard the reporter in the cube across from me at the Houston Chronicle call her boys’ school and identify herself with a last name I’d never heard before. (We all sat practically on top of each other in the newsroom, so it was impossible not to hear each others’ supposed-to-be-private conversations.) I asked her about it when she got off the call, and she explained that she used her boys’ last name because it was less confusing for the administrator on the other end of the line. Her byline though, was her maiden name.

I don’t remember whether she changed her name legally and kept her maiden byline for work purposes, or whether her maiden name was her legal name. But it didn’t matter. What mattered was that her professional face used the name she was born with, even after other things in her life changed. I thought that was so cool.

Before you say, “wait, but that shows it’s confusing to have a different last name than your kids…”

2. Let’s be honest: My kids won’t suffer because my name is different than theirs

Come on. Kids have a lot bigger issues to deal with than having a mother who teaches them that they don’t have to do things the way things have always been done.

If you’re going to hyphenate your name, you’ve gotta have a name that’s good for hyphenating. Like these journo friends of mine. Although now that I’m linking to them, it looks like they still both stick with original names for work purposes. Unfortunately, most people who hyphenate their names do not have names that are well-suited for it.

While we’re talking about other options, what I think is REALLY cool is when couples ignore tradition altogether and take the woman’s last name or create a new last name altogether. Although as someone who loves tracing genealogy, that could make family histories rather confusing.

If I got married at 23, this might be a different story. But I have established myself under my own name, and it simply doesn’t make sense to change it now.

Quite frankly, the tradition of the woman taking the man’s name dates back to when women married young, so they started their adult life under their husband’s name. Plus, women back then weren’t exactly expected to establish themselves professionally or otherwise outside their marriage; being a good wife was pretty much their job, so why wouldn’t his last name be part of her title? Things are — or should be — different now.

“But if a woman doesn’t have his name, how will people know she’s his wife?” a girlfriend mused aloud.

4. My husband is awesome enough to support me in my name-keeping decision

Because now that we’re married, these are joint decisions. I want him to be just as happy with my choice as I am, and he has been supportive all the way. That’s why I married him =) 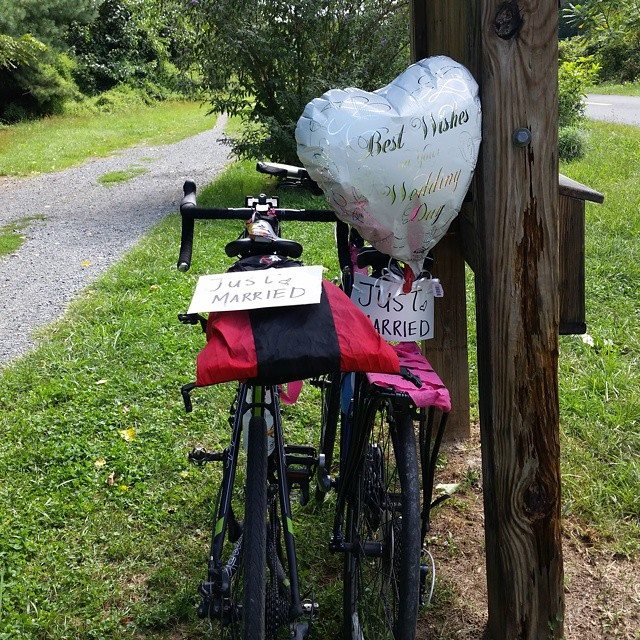 We biked home after our wedding weekend!

5. I don’t want to abandon my name

Despite all the reasons above, this is the overriding WHY behind my decision: I don’t want to.

I like my name. My identity is deeply entangled with it. And I don’t want to give it up.

“But that’s part of getting married,” someone told me. Um, except that’s only true if you abide by it. It’s kinda like believing the only way to earn a paycheck is by waiting for your boss to hand it to you. That’s how most people support themselves, but plenty of outside-the-box thinkers come up with other ways.

Now, I realize lots of people will call me Mrs. Collins, and that’s totally OK. Keeping my name doesn’t mean shunning my husband’s, nor lecturing people who are doing their best to address me politely. But despite what people call me as I enter this next wonderful phase of life, on my passport, throughout my website and in my heart, my last name stays the same.

If you feel like sharing how you and your spouse approached this, we’d love to hear in the comments!

45 Replies to “We Got Married, But I’m Not Changing My Name. Here’s Why”

Want to Start a Business or Freelance? Here's How to Get Lucky

We're Getting Hitched! How I Met My (Almost) Husband on Twitter