We’re Getting Hitched! How I Met My (Almost) Husband on Twitter

While I’ve shared a number of love stories on this blog in recent years, including how proud I am of my soon-to-be husband, I’ve never publicly revealed the story of how we met. In fact, the only place I’ve shared this story — aside from with family and friends — is through my Twitter course.

I know what you’re thinking: why on earth would I include anything about my boyfriend in my Twitter course?

Yup, it’s true. Now you really understand why I’m such a Twitter evangelist: in addition to getting a job offer, speaking opps and clients through Twitter, I met my almost-husband through the social network, too. 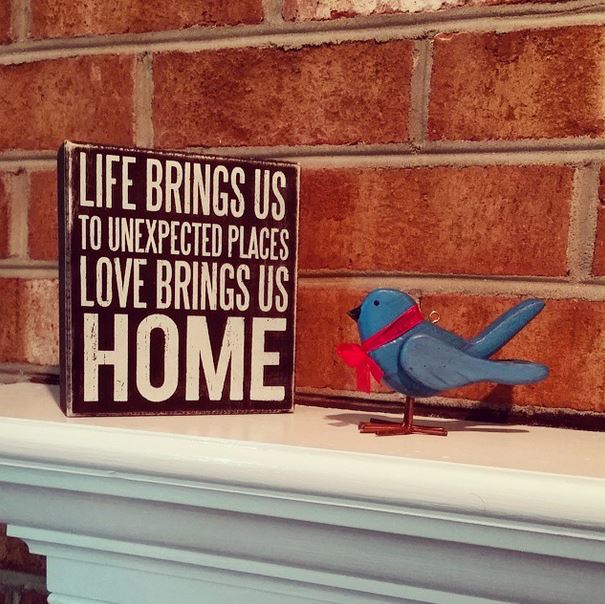 How the heck did you fall in love via Twitter?

So here’s the story.

I write often about how Twitter is my number one online networking tool. I rank it above even LinkedIn, which is branded as the best social network for professional development.

But despite my love for Twitter, I never planned nor expected to meet my husband there. Some things you just can’t plan.

Twitter relationships always start online, of course, but the best ones often move offline. For people who don’t understand social networking, this is a difficult idea to grasp. Isn’t it sketchy to meet in person with someone you know online? they ask.

In the early days of the Internet, this might have been true. But now it’s just the opposite: some of my best relationships start online.

Here’s how it works. I notice someone who looks interesting on Twitter. Over time, I follow her blog, begin interacting with her and see we have things in common, maybe realize she’s also in the Washington, D.C. area, and eventually ask her for coffee or lunch. Or another entrepreneur discovers me on Twitter, which leads him to my newsletter. He requests a Google Hangout so we can get to know each other, we hit it off, and the next time we’re both at the same conference, we meet up for an in-person hug.

See? Not as sketchy as you thought, right?

This is SUCH a great way to broaden your network of both professional contacts and friends. I’ve developed relationships with many fascinating people this way “” I don’t think I’ve hit a dud yet. And I can tell you WHY it works: because you learn so much about the person before you meet them that you only end up lunching with people who are truly interesting and worth your while. It’s an informal screening process, but it’s highly effective. (This, by the way, is how I met one of my closest girlfriends about four years ago, when she noticed my Twitter feed, then read my blog, then asked me for drinks. Girlfriend match made in heaven!)

OK… So how’d you meet your husband?

Right. Back to my almost-husband.

One night while I was feeling both frustrated (single at 30) and silly, I sent out this tweet:

Now, this was somewhat out of character for me. I do like to let my personality show on Twitter, but I also try to keep both feet planted firmly on the professional side. Except in moments of weakness like this one “” a moment of weakness I’m so glad I had.

Two guys responded to that tweet. One lived somewhere in middle America and had little in common with me. (Good on him for trying.)

He sent me a direct message saying he’d just moved to D.C., was looking to meet some new people and could grow stubble upon request. Sense of humor! Score!

(He later divulged that he’d spent a lot of time crafting that direct message, and almost didn’t press send. Thankfully, he did.)

I know what you’re thinking “” or what you should be thinking if you use Twitter strategically “” “He sent you a DM! So you must have been following him!”

I was. But I didn’t recognize him at all! I could see why I would’ve followed him back if he’d followed me: it was obvious from his Twitter bio that he was adventurous and outdoorsy, and he’d taken a few long trips that were similar to my solo Africa trip. He certainly was interesting enough to follow back. (For the record, I did not know he was good-looking, since his avatar is a far-away shot of him mountain-climbing.)

So, after DMing a bit, we met for lunch, the day after my 31st birthday. The beautiful part about this was I felt no anxiety over the lunch, knowing the worst that could happen was I’d make an interesting, in-person friend. Twitter had taken the pressure off.

The lunch date went smoothly, and so did a lot of dates after that. This spring, during our first hike of the season, @benlcollins asked me to marry him: 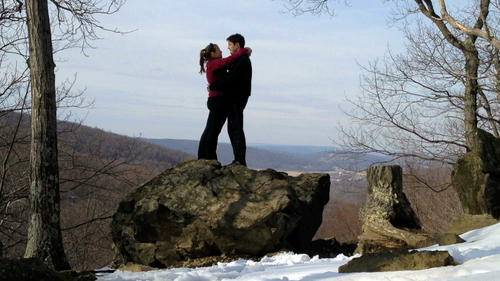 Why I’m the luckiest gal around

Remember way back in 2010, when I blogged about feeling lost?

As much as I love him, I sort of hate admitting this, because I don’t want to believe you need a spouse to feel like your life’s complete. I’m fiercely independent, and after being single for years when most of my girlfriends were already married, I still identify with the single girl mentality — not the pathetic, I-can’t-live-alone mentality, but the I-can-do-it-all-on-my-own one. In fact, this is the internal struggle I detail in my not-yet-published travel memoir, the tug of war over being self-reliant and learning to lean on others.

I remember a few years ago, when I lamented to a girlfriend about feeling brokenhearted over a guy. She told me her husband had never made her cry because of pain, betrayal, insecurity or fear.

“Never,” she responded. “Someday you will find someone who never makes you cry, too.”

I didn’t believe it at the time, and I almost still can’t believe it. Because not only has my almost-husband never made me cry, he goes out of his way to make me happy. He is truly one of the most genuine and generous people I know, so much so that sometimes I feel I don’t deserve him. We have a shared vision for our life together — lots of traveling and exploring and living outside the box — and when you wait until your 30s to meet your life partner, you don’t take that for granted.

I know, I know, we make our own luck!

But before you say so, let me assure you this was a true case of Twitter serendipity, the kind of luck we don’t have control over. @Benlcollins isn’t nearly as into Twitter as I am, so just the fact that he happened to look at his Twitter feed when I sent that out-of-character tweet was lucky.

But. There’s also a make-your-own-luck lesson here: if you build a strong network, that network will come through for you when you need it. (Click to tweet this.)

Why only YOU can build a network for you

After @benlcollins and I started dating, another friend joked that he’d like me to find him a girlfriend on Twitter.

I wanted to help him “” I really did. But here’s the thing: my network won’t work as well for him as it did (and does) for me.

The reason it worked for me is I’d built up a network of people who shared my interests: travel, writing, adventure, entrepreneurship and more.

@Benlcollins and I had probably followed each other because we both like adventure and outdoor activities. In fact, that happens to be one of the first qualities I’ve long looked for in a partner, someone who loves to spend time outdoors.

This friend who wanted me to find him a girlfriend likes cooking and comic books. Think my network will work well for him? Maybe. But probably not.

This is why building your own Twitter network is one of the best things you can do for yourself. Build it with your professional interests in mind, but also engage on a personal level, so you’ll end up with a network of friends and supporters, too.

If you’re really lucky, you might even find someone to love. 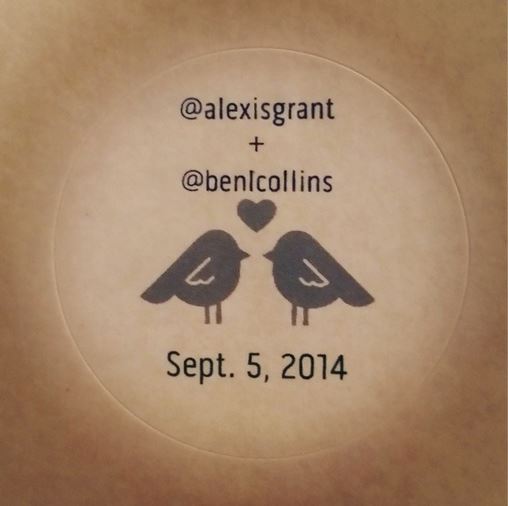 30 Replies to “We’re Getting Hitched! How I Met My (Almost) Husband on Twitter”

We Got Married, But I'm Not Changing My Name. Here's Why

Growth Means Nothing If You're Not Reaching Your True Goals