A Message for Anyone Who Feels Lost

A year and a half ago, I wrote a post about how I felt lost. New readers still land on that post every week; I get a good deal of search traffic from people telling Google, “I’m lost” or “I feel lost.” 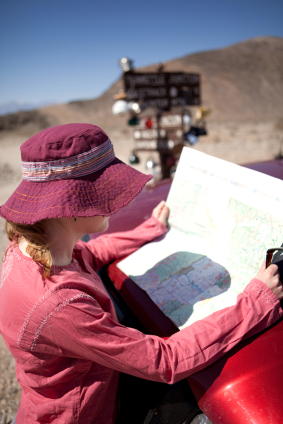 If only there was a map for life.

I like that. I didn’t particularly enjoy feeling lost, but I like that people who are lacking direction and looking for inspiration land on this blog… and hopefully find what they’re looking for.

I’m content because everything that was up in the air a year and a half ago has finally started to settle. I’m living in a city I love. I’m doing work I enjoy, feeling challenged by my own standards. And fate has landed me in the arms of a smart, adventurous guy. I’m not one of those people who believes love is a cure-all, but it certainly helps.

Now, that doesn’t mean every single piece of the puzzle has come together. My travel memoir, the book to which I dedicated more than 15 months of my life, hasn’t yet sold. I still feel constant anxiety over bringing in enough money each month — the plague of the self-employed — even though I’m now making more than I did at my day job. And I continue to work late some nights, as showcased by my writing this post at 9 p.m.

But when you feel content on the whole, it’s far easier to deal with uncertainties and frustrations. I feel completely OK with making baby steps on those fronts because I’m making progress on the whole.

While I’ve worked my way into a state of content, however, some of my friends have managed to get lost in their own way. Which made me think about how we all get lost at some point, that we almost have to get lost before finding our way. We all have to live our own unique journeys, taking baby steps toward happiness and satisfaction — and sometimes those steps include a detour or two.

It’s OK to not know where you’re going, so long as you’re moving in a direction that feels like forward. So long as you’re acting on your aspirations and not simply planning for them, you will get there. Even if it takes living with your parents and bringing home a stray, raggedy dog and leaving a job after only a year.

Because everything you’re doing now is helping you get where you want to be. It’s all baby steps toward where you belong.

And when you get to that place where you’re content, you’ll appreciate it that much more.

14 Replies to “A Message for Anyone Who Feels Lost”

One Fun Way to Use Google Analytics to Grow Your Blog