What Would Your Life Be Like If You Started Thinking Differently?

Really. Stop and think about it for a moment.

What if you approached everything with a more open mind, without the assumptions and obligations that keep you from living the life you want?

That’s what Leo Babauta asks in his post on our willingness to think differently. He writes:

Most people take the safe route, because they're afraid of being different and failing. If you do nothing amazing but you go with the crowd, then you don't look stupid. But then you miss out on the amazing.

It’s easier said than done. I strongly believe in doing things differently, and I still have to constantly check in with myself to make sure I’m actually living those beliefs. Because it is SO easy to go with the flow, to do what everyone else is doing, to take the path of least resistance. So easy that we often forget that most of our obligations are actually choices. 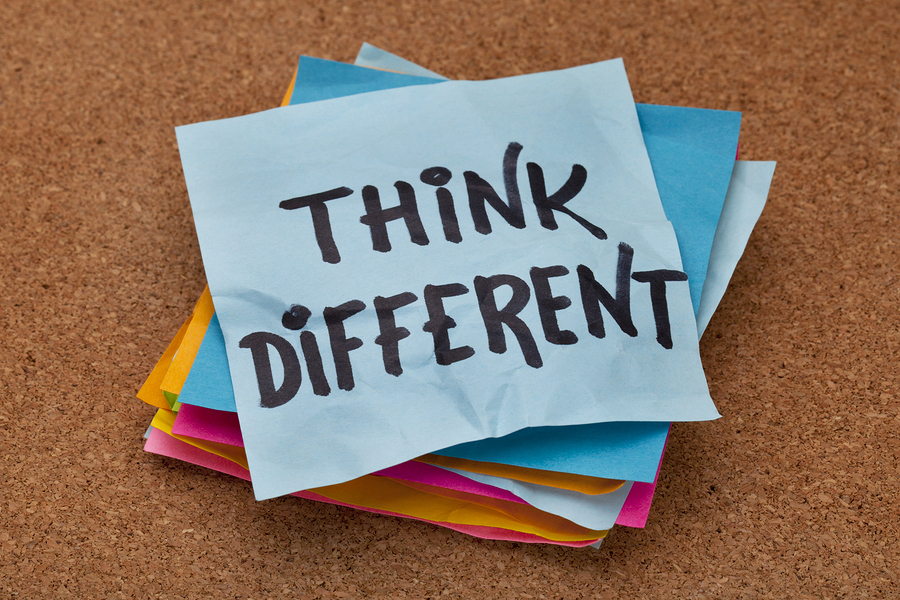 If it doesn’t come easy to you, find ways to remind yourself to think differently.

1. Surround yourself with supporters

Your dreams will be easier to achieve if the people around you are rooting you on, rather than pulling you down (even if they don’t mean to). And once you surround yourself with people who are doing great things, your dreams won’t seem so out of place or unreachable anymore.

It’s easy to feel alone while creating your own career or building your own business — until you plug into a community of people who are working toward similar goals. Not many of my close friends and family have alternative careers, so I’ve gone out of my way to build my own little career cocoon by finding and interacting with the right people online (mainly through Twitter and blogs), attending entrepreneurial- and tech-focused Meetups in my community and participating in big-scale get-togethers of like-minded people.

This is one of the big reasons I’m going back to the World Domination Summit in 2013 (already have my ticket!), because it was SUCH an amazing feeling to be surrounded by people who understood and appreciated how my mind works. They made me feel normal. Having that support network of people who also want to live differently makes it that much easier to achieve.

Unfortunately, this support network probably won’t find you; you’ll have to go out of your way to create it, little by little.

2. Train yourself to think differently

Thinking differently comes easier for some people than others, but no matter where you fall on the spectrum, you can teach yourself to question assumptions and obligations before accepting them.

And so I ask you: What would your life be like if you started thinking differently?

4 Replies to “What Would Your Life Be Like If You Started Thinking Differently?”

Finding a Company That's Good for Your Career